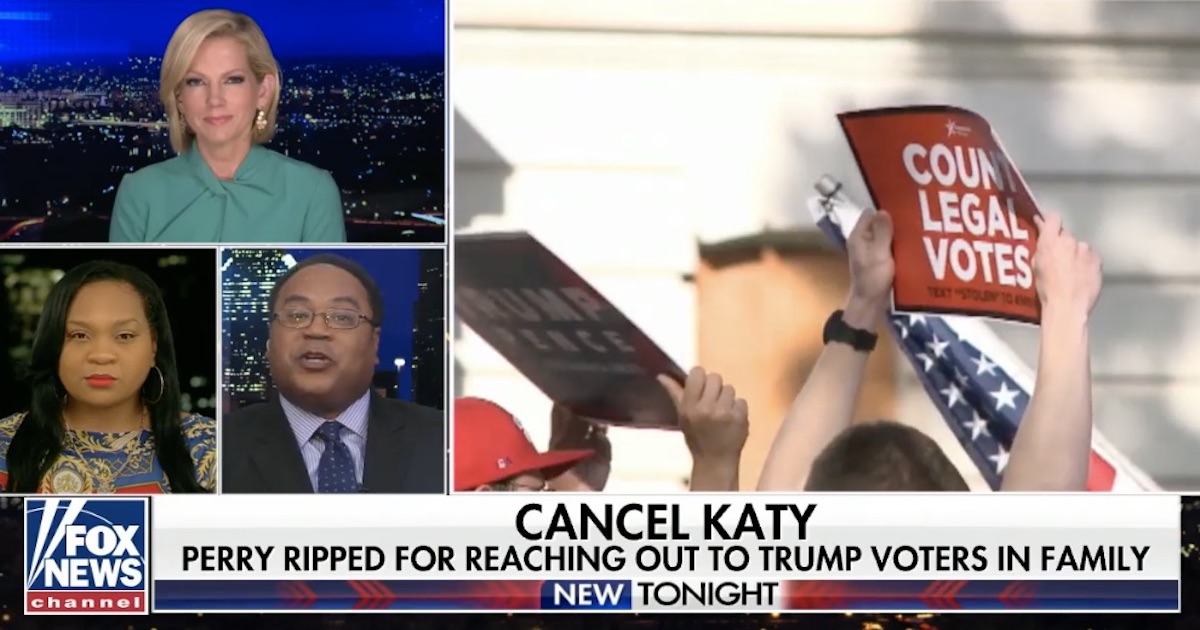 Despite currently holding the lead and believing that they have prevailed in the recent presidential election, there is little magnanimity on the part of the left. So much for Abraham Lincoln’s post-election aspiration of “malice toward none, with charity for all.”

In an appearance on the Fox News Channel program “Fox News @Night,” Horace and liberal podcaster Tezlyn Figaro discussed the post-election political climate and the continued – and possibly amplified – anger of the leftist mob, which is now demanding groveling apologies and apparently desiring to punish conservatives for the views they hold.

Host Shannon Bream presented examples of the politics of personal destruction being practiced by the left. This includes “enemies lists” aimed at minimizing Trump supporters’ ability to work and their ability to participate in future policymaking, and Maoist denunciations of past views and opinions.

Figaro tried to justify liberals’ pre- and post-election behavior, claiming that they have “tried to take the high road.” Now the left is choosing to “fight fire with fire,” she said.

“Fire” might be the most appropriate term to use – unfortunately for her, since it exposes the boorishness of the left. Having just gone through the experience of Washington, D.C. and many other metropolitan areas boarding up in anticipation of leftist violence after the election, Horace mused about this alleged parity in right-left behavior: “I’m just waiting to see – where are all the riots?”

But when the left won… [A]pparently it’s the right – the red part of the country – that needs to apologize.