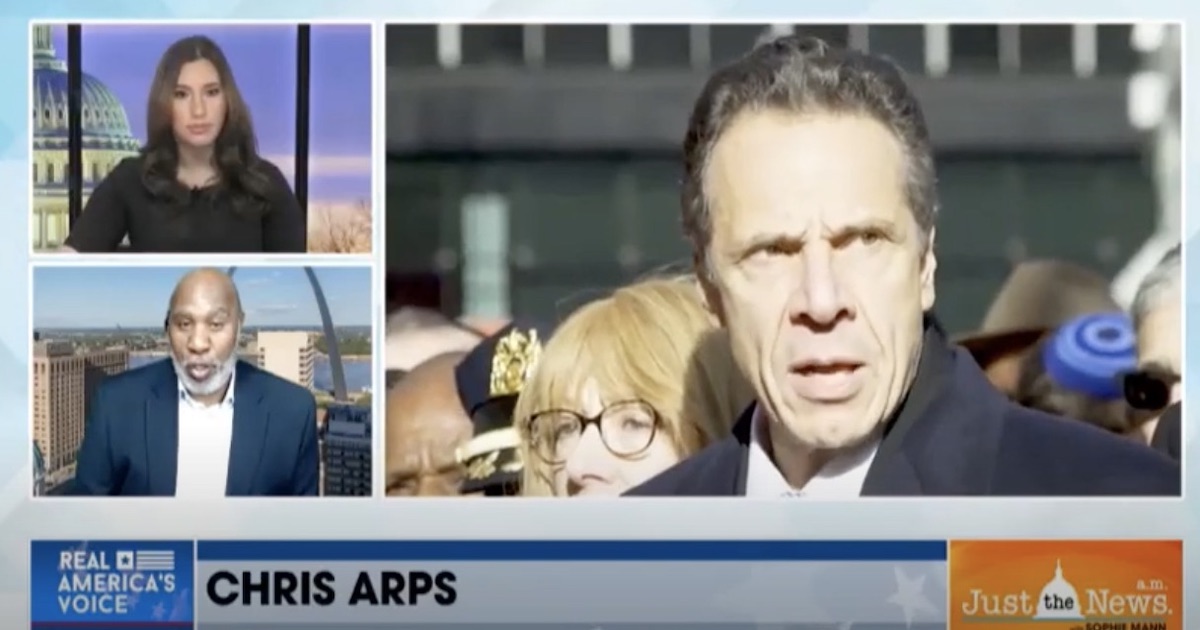 08 Mar 2021 “Me Too” Allegations, Not Nursing Home Deaths, Will Be Cuomo’s Downfall

New York Governor Andrew Cuomo hid the figures showing a massive COVID-19 death toll within the state’s nursing homes. The obvious implication is that his orders allowing the introduction of infected seniors back into assisted living facilities were responsible for unnecessary fatalities.

A governor once lionized by the media is now fighting for his political life. But it’s not so much about the nursing home news. He’s also accused of sexual harassment.

Project 21 member Christopher Arps discussed the competing scandals and the media treatment of them on “Just the News AM” with host Sophie Mann. Noting that the media covered Cuomo in an “incredibly positive light” last year as he sparred with President Donald Trump over COVID-19 policy, Mann asked Christopher: “What has shifted the narrative?”

Christopher replied that the sea change in Cuomo coverage was probably always just under the surface:

I think it’s no secret in New York that a lot of people don’t like Andrew Cuomo. He comes across as arrogant. He comes across as kind of a know-it-all. And I think that in politics, to be successful, you’ve got to make more friends than you do enemies…

But I think Andrew Cuomo has made so many enemies… and his enemies are starting to smell the blood in the water. And so they are taking advantage of the “Me Too” cancel culture to finally get him out of there.

While the nursing home debacle is the more shocking and deadly of the two scandals, Christopher explained that – from the standpoint of the governor’s enemies – the sexual harassment allegations are “going to be the quickest way to be able to get Andrew Cuomo out of office.”

Besides the fact that not covering the sexual harassment claims would be “very hypocritical on the part of the media, he added:

I think they prioritize the “Me Too” cancel narrative because it’s very powerful.

Look at all of the politicians and stars and powerful people they’ve been able to get rid of because of that. So that’s why they’re focusing more on that narrative than they are on the nursing home deaths.

Besides, the harassment scandal is something that Cuomo’s critics on his side of the aisle and the media can more readily accept in this hyper-partisan, Never-Trump political environment:

During the whole nursing home scandal, he was blaming President Trump. He was blaming the government, saying these were their regulations. So I think he can still try to pin a lot on others.

But when it comes to sexual harassment and women coming out saying [he] harassed them… I think those are going to be the allegations that eventually take him out.

As for the media’s past love for Cuomo, Mann asked Christopher if he thought the governor would be allowed to keep the Emmy Award he was recently given for his COVID-19 briefings. After a laugh, Christopher replied that Cuomo could have it, but that “he can melt it down for scrap.”