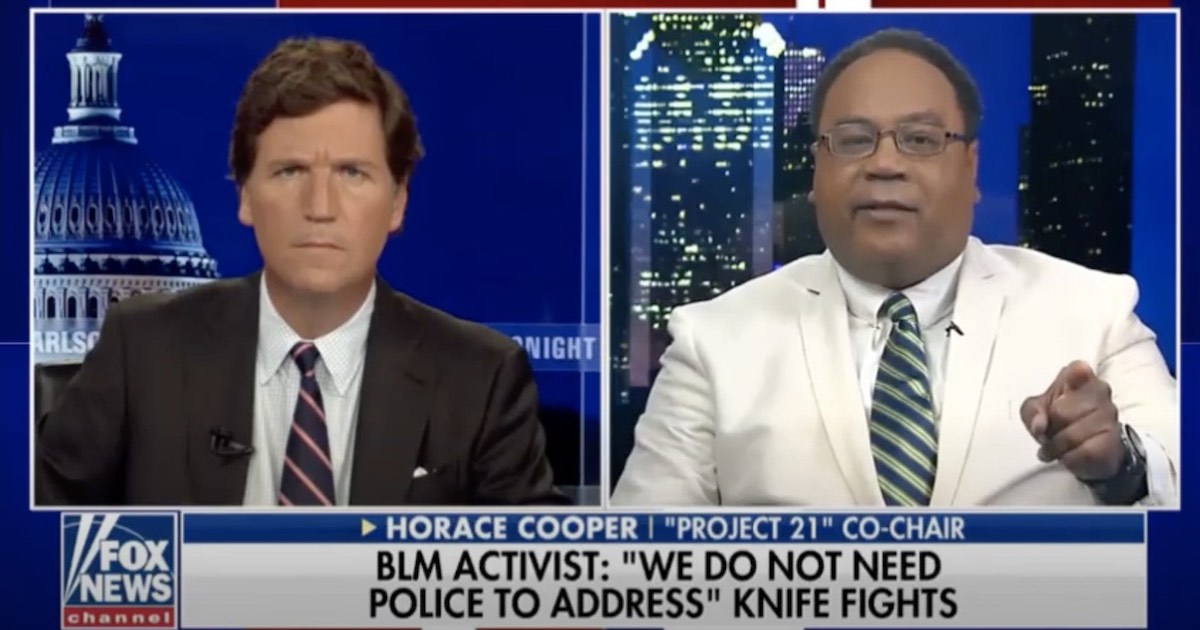 They say it in the movies all the time – you don’t bring a knife to a gunfight. In a perversion of the equity agenda that the left is using to redefine America, there are now people trying to stop the police from bringing a gun to a knife fight.

So much for the rule of law and public order. After a police officer in Columbus, Ohio shot and killed the knife-wielding Ma’Khia Bryant as she prepared to stab another black female – actions fully documented by the officer’s body camera – there was an unsettling outcry against law enforcement being there at all. Obama protégé Valerie Jarrett tweeted that people should “demand accountability” in the case, implying the officer used excessive force because he allegedly “immediately decided to shoot her multiple times in order to break up a knife fight.” Prominent activist Bree Newsome took things a step further, tweeting that “[t]eenagers have been having fights including fights involving knives for eons. We do not need police to address these situations.”

It seems nowadays that the left will rarely credit law enforcement for doing the right thing, and this is a troubling trend.

On his Fox News Channel program, Tucker Carlson noted: “You didn’t imagine, even a year ago, someone like Valerie Jarrett – one of the most powerful people in the world – in public, saying police have no right to stop knife fights. And we’ve moved it a long way in a short time.”

The left is throwing out all of the rules, all of the principles, to pursue their objective…

They’re not interested in the data that shows just how harmful this is.

To make his point about the left using the power it has amassed to try to fundamentally change the American system of laws and jurisprudence, Horace asked Tucker to imagine if – during the prosecution of O.J. Simpson for the murder of Nicole Brown Simpson and Ron Goldman – the California governor and attorney general had taken a personal interest in convicting Simpson and had recruited and funded a legal campaign to do so. Horace asked: “What would America think?”

Yet this is the sort of thing that did happen when developing the prosecution of former Minneapolis police officer Derek Chauvin during the George Floyd murder trial.

We had Derek Chauvin targeted – targeted! – by the state.

And that’s not due process. Even the due process that someone like O.J. Simpson – who brutally killed two people – was entitled to. Why isn’t Derek Chauvin?

Telling Horace that he “appreciate[d]… your eloquent explanation of that,” Tucker ominously closed out the segment by saying that “[t]his is making people radical… and that’s bad.”