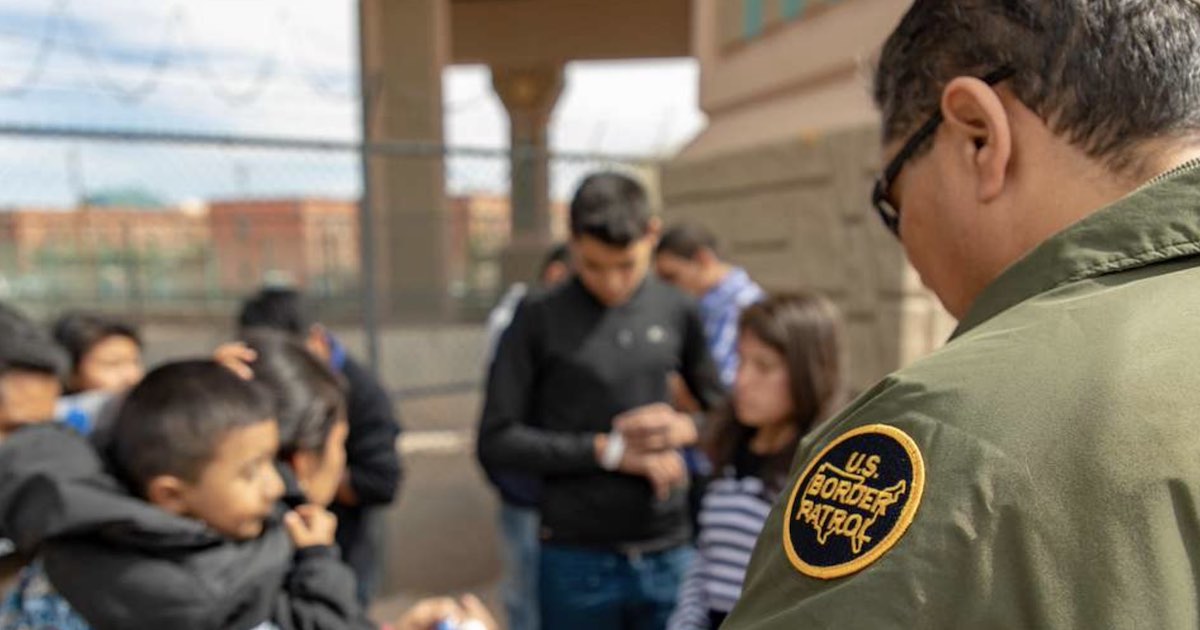 There was a popular phrase going around a few years ago that people would use when the world seemed to be going to hell in a handbasket. That phrase was: JESUS, TAKE THE WHEEL!! Today, I’m going to tell you about the Jesus, take the wheel inspiration I had for this piece. Now, you may think the humanitarian crisis occurring on our southern border, with Haitian refugees camping out in shanty towns under a bridge in Del Rio, Texas, would be my Jesus, take the wheel moment but it’s not.

You may think watching on television hordes of illegal aliens, literally from all over the world, crossing our open southern border and basically asserting squatters’ rights — with absolutely zero push back from our federal government — would be my Jesus, take the wheel moment. But that’s not it either.

Or could it be the fact that the Biden/Harris Administration now admits they are flying and bussing Haitian immigrants all over the country to destinations only known to them and the government? Many of the Haitian migrants are not being tested for COVID or any other communicable diseases.

I pointed out recently how inconsistent the Biden/Harris Administration’s policy has been concerning illegal Haitian and Hispanic migrants on Newsmax’s “Wake Up America” program.

You would start getting much warmer towards my Jesus, take the wheel moment if you focused on the border patrol whip controversy and the shameless demagoguery of poverty pimps like Congresswoman Maxine Waters. Waters, incredibly, said yesterday that the images she saw of Haitians being “whipped” by border patrol agents was WORSE than when it happened during slavery. Wow.

“I’m pissed, I’m unhappy and I’m not just unhappy with the cowboys who were running down Haitians and using their reins to whip them. I’m [unhappy] with the administration. We are following the Trump policy…he is the one that does not follow the constitution and would not allow those seeking refuge to petition to get into the country. What the hell are we doing here? What we witnessed takes us back hundreds of years. What we witnessed was worse than what we witnessed in slavery … cowboys with their reins, again, whipping black people.

The Left is on a mission in this country to delegitimize the police and make them the enemy of the people. Any person with at least a room temperature IQ knows that law enforcement is the thin blue line between civil society and complete anarchy — something the Progressive Left (especially those in Portland and at BLM rallies) seem to embrace as their revolutionary weapon of choice.

That mission is now coming full circle — even to our border patrol. Because of demagogues like Waters, and others, the White House has announced that border patrol agents in Del Rio will no longer be able to ride horseback on patrol. Yes, they capitulated to the radical Left internet warriors and a completely false narrative. Due to political correctness, the Administration has now made these agents’ jobs much harder, and more importantly, much more dangerous. And that’s what makes me say: JESUS, TAKE THE WHEEL!

Christopher Arps is a member of the Project 21 black leadership network and a managing partner with the public affairs and communications consulting firm Red Tail Strategies, LLC. He’s the cofounder of Move-On-Up.org and President of Americans for Citizen Voting (ACV), a 501(c)(4) dedicated to the belief that only citizens should vote in our local, state and national elections. He’s the afternoon drive co-host of The Tim Jones and Chris Arps Show on NewstalkSTL 101.9 & 94.1. Follow him on Twitter at @chris_arps. This was originally published by RedState.