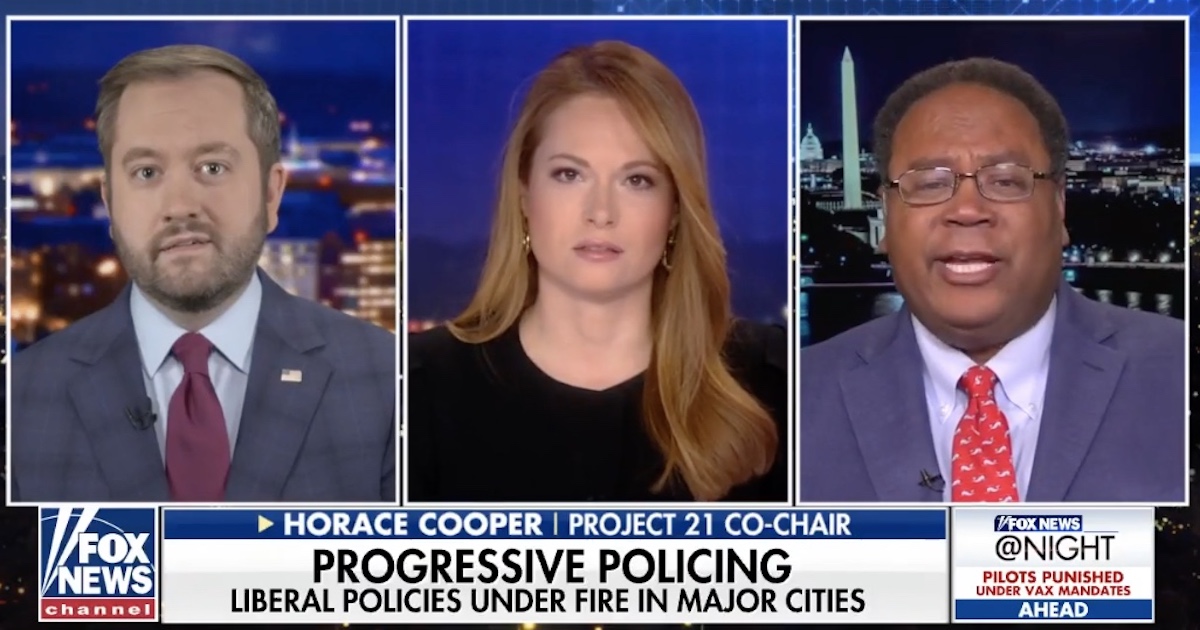 Among the “spiraling crises” facing the Biden Administration, Fox News Channel host Gillian Turner wondered if crime is “as big a threat to the nation as Omicron itself right now.”

“The drive by the left wing for so-called justice has been devastating for grandmothers, for toddlers, for small businesses,” noted Project 21 Co-Chairman Horace Cooper. “There needs to be a decision: Set that radical agenda to the side, and let’s go back to crime control and make our country safe again.”

On the “Fox News @ Night” program, Turner – guest-hosting for Shannon Bream – noted that violent crime is on the rise in America. In 2021, 17 American cities shattered previous records for homicides. Newly-installed New York City Mayor Eric Adams, a former police officer, has said he wants to balance justice and public safety, but Turner wondered if these are “compatible agenda items” among left-wing activists such as those running the Biden Administration and the city governments most affected by crime.

Criticizing “how the president is preparing for the new year,” Horace said:

When you look at the various problems that our country faces, the first thing that comes to mind – and it’s not just my take, it’s the American people’s take – President Biden has made it worse.

He’s made inflation worse. He’s made the supply chain problem worse. And now, his Justice Department – being much more interested in tracking parents who might be upset about [critical race theory] in the classroom, rather than focusing like a laser on shutting down the rising crime problem – he has made it worse.

With President Biden’s approval rating nearing 40%, Horace pointed out that “this is a reckoning that the American people are going to be bringing forward as a response to him having made it worse.”

While fellow panelist Kevin Walling, a liberal political commentator, tried to link the rise in crime to the rise of COVID-19 and noted Congress has appropriated more money for law enforcement – saying these are indicators that Biden is doing the best that he can do – Horace focused on how liberals allowed the crime problem to happen:

When you pull the rug out from under law enforcement. When you, at every stage, work to create a false narrative that it is law enforcement that’s the threat in our community, not actually the criminals…

What they said instead was: They’re marching, they’re peaceful or even mostly peaceful. All that happened was no [law enforcement] support was allowed to shut this down down in the last year. And now it has metastasized.

In other words, Biden now owns this problem.