ConservativeBlog.org
Posted at 05:11h in Blog by Amy Ridenour 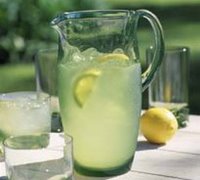 The St. Paul, Minnesota government shut down a seven-year old’s lemonade stand because she did not hold a $60 state beverage license.

If an entrepreneurial child in St. Paul, Minnesota wants to set up a lemonade stand, he or she must first learn about the costly and overbearing world of government regulation. That’s because before serving the first customer, the child will need to obtain a $60 license to sell beverages. That’s what seven-year-old Mikaela Ziegler found out after the city’s Office of Licenses, Inspections and Environmental Protection shut down her refreshment stand.

On August 27, 2003, Mikaela was in her fourth day of selling packaged lemonade, orange juice, water and soda pop. A woman identifying herself as a city inspector approached her stand and told her, “You can’t sell pop without a license.”

Mikaela was considered to be in violation of St. Paul’s Legislative Code Chapter 331A.04(d)(24), which mandates a license for “a temporary establishment where food sales shall be restricted to pre-packaged nonpotentially hazardous foods or canned or bottled nonalcoholic beverages; operating no more than fourteen (14) days annually at any one location.” Although no one had complained about Mikaela’s stand, Licensing Director Janeen Rosas cited complaints about unlicensed vendors operating at the nearby state fair.

Mikaela’s father, Richard, calls the situation “laughable” and “tragic.” He rhetorically asked the Minneapolis Star-Tribune: “Is there anything sacred anymore? We’re not running a business here. This is fun and games for kids. I think [Mikaela] netted, after paying me, a whole $13.”