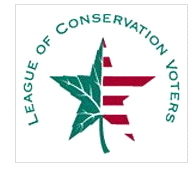 The League of Conservation Voters (LCV) just released its 2011 scorecard and noted, “The 2011 Scorecard reflects the most anti-environmental session of the U.S. House of Representatives in history, featuring unparalleled assaults on our nation’s bedrock environmental and public health safeguards.”

Seems to me I’ve heard that claim before… repeatedly. I know for sure that the LCV made that claim in 1995.

I’m no math genius, but the 1995 numbers look much better — that is to say, much “worse” from LCV’s perspective.

Some advice to LCV: If you’re going to make stuff up in an attempt to get the media to pay attention to you, at least make sure it is consistent with the stuff you made up in the past.