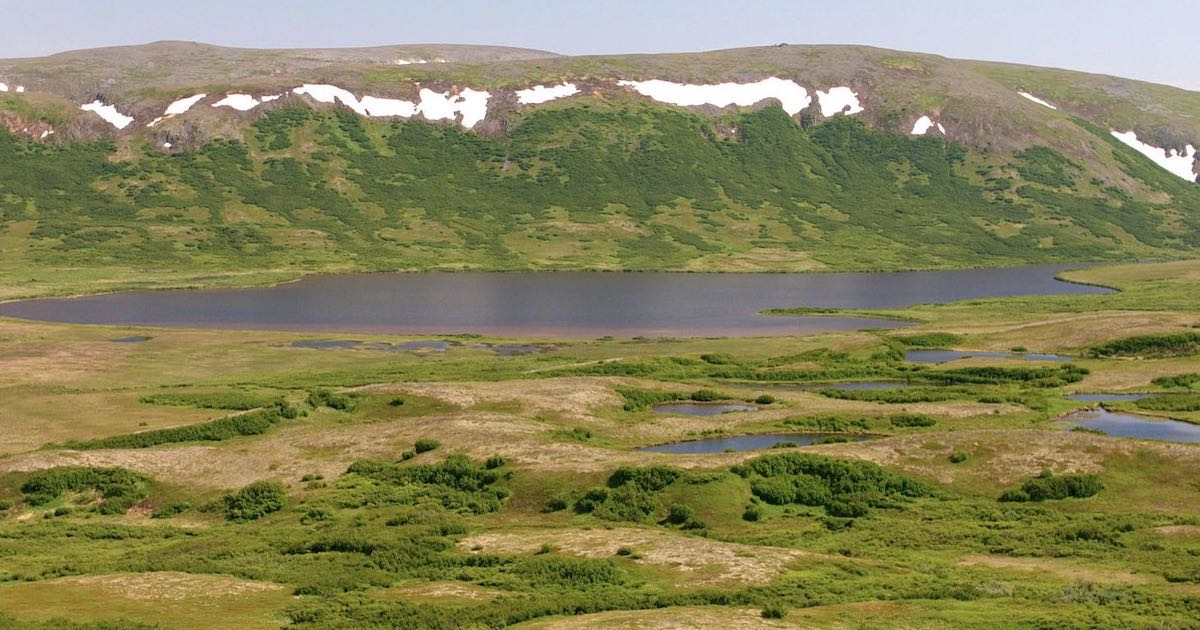 A regulatory battle underway in a remote area of Alaska could have profound implications for the rest of the country. Its outcome will determine whether the U.S. Environmental Protection Agency’s (EPA) power can be used for political ends or whether the agency is limited by the laws passed by our duly-elected legislature.

In May 2012, the EPA released an unprecedented report highly critical of a proposed mining project in the Bristol Bay watershed through which it signaled its fierce opposition to the extraction of gold, copper, and other precious metals from the rich deposits underlying what may someday become the Pebble Mine.

The possible mine is located 200 miles southwest of Anchorage on state land set aside for natural resources development. Its location in the watershed of Bristol Bay, an important salmon fishery, poses many challenges to the mine’s developers, who have spent a decade exploring the site’s potential.

Typically, mining companies must go through a multi-year permitting process with an assortment of federal and state agencies before they are allowed to commence operations at a site they have selected. In the case of the Pebble Mine, however, the EPA issued its report even though the mine’s developers have not yet submitted a formal plan to government agencies for their approval.

The developers, London-based Anglo American and Vancouver, British Columbia-based Northern Dynasty Minerals, have joined forces to create the Pebble Partnership and plan to apply for permits someday. When the Pebble Partnership does, it also will submit a formal proposal for the mine, including engineering plans addressing such issues as the project’s effect on the surrounding watershed and wildlife. By releasing its report before the permitting process has even begun, the EPA has reached a premature, if not predetermined, conclusion about a proposed mining project on the basis of woefully inadequate information in way that ignores requirements of law that the developer must follow.

The EPA Uses a “Hypothetical Mine Scenario” – A Fictional One

In May 2010, six Native Alaskan tribes petitioned the EPA to use its power under Section 404(c) of the Clean Water Act (CWA) to block the mine prior to Pebble Partnership submitting a proposed development plan or applying for federal or state permits.1 The EPA’s response to the petition came in February 2011 when the agency gave the green light to a report to assess the environmental impacts of the proposed mine. Within 15 months (fast by EPA standards), the agency produced a 338-page draft report, the Bristol Bay Watershed Assessment (BBWA). Lacking a formal proposal from the developers and thus bereft of concrete data on which to base an assessment of the mine’s environmental impact and a mitigation plan that would be required by law, the EPA developed what it called a “hypothetical mine scenario.”

Describing its report as an “ecological risk assessment,” the EPA, in its own words, “developed a set of conceptual models to show potential associations between the endpoints of interest – the salmon industry and salmon populations – and the various types of environmental stressors that might reasonably be expected as a result of large-scale mining.”2 Even though the EPA had little more to go on than some outdated preliminary plans put forward by the Pebble Partnership, the agency nonetheless undertook an extraordinary effort to create the appearance of scientific objectivity. Acknowledging that its report “is not an in-depth assessment of a specific mine,” the EPA assures the public that its work instead is “an examination of the impacts of mining activities at the scale and with the characteristics realistically foreseeable in the Bristol Bay region, given the nature of mineral deposits in the watershed and the requirements for successful mining development.”3

The problem with this kind of approach is that a proposed Pebble Mine is a “specific mine,” one with its own unique characteristics, which in no way lend themselves to a “hypothetical mine scenario” developed from “a set of conceptual models.” Having substituted the hypothetical world for the real one, the EPA proceeds to draw far-reaching conclusions on the mine’s impact on the surrounding watershed. Among other things, the EPA’s “hypothetical mine scenario” (acting as a proxy for a real mine) raises the specter of:

As part of its assessment of the proposed Pebble Mine, the EPA commissioned Springfield, Virginia-based Versar Inc. to undertake a peer review of the agency’s findings. Versar convened a 12-member Peer Review Panel composed of “independent” scientists and engineers from such fields as geology, hydrology, animal biology, mining engineering, and fluvial sedimentology. Dated September 17, 2012, and quietly posted on the EPA’s website six weeks later, the panel’s report, External Peer Review of EPA’s Draft Document: An Assessment of Potential Mining Impacts on Salmon Ecosystems of Bristol Bay, Alaska,5 is unsparing in its criticism of the agency’s work. Among the Peer Review Panel’s comments are the following:

“Unfortunately, because of the hypothetical nature of the approach employed, the uncertainty associated with the assessment… the utility of the assessment, is questionable.” — William A. Stubblefield, Senior Research Professor, Department of Molecular and Environmental Toxicology, Oregon State University6

“There is no detailed discussion of engineering practices. There is insufficient discussion of any potential mitigation measures and there is a lack of any detailed research into applicable engineering and mitigation methods.” — Steve Buckley, geologist with 25 years of experience in earth science, specializing in fluvial sedimentology7

“Without a more detailed understanding of the mine plan and associated engineering, as well as additional detailed analysis, it is difficult to determine if the failure probability estimates presented in the Assessment are reasonable.” — David Atkins, hydrologist and expert in mine hydrology and geochemical assessment8

“Some of the assumptions appear to be somewhat inconsistent with mines in Alaska. In particular, the descriptions or effects of stream flows from dewatering and water use do not account for recycling process water, bypassing clean water around the project, or treating and discharging collected water.” — Phyllis K. Weber Scannell, environmental consultant and former biologist for the Alaska Department of Fish and Game9

“If the risk to fish cannot be quantified because there is little or no demographic information, then any evaluation of risk to wildlife can’t be quantified and must be qualitative. Merely stating that a qualitative increased risk for fish will also result in qualitative increased risk for wildlife is not adequate. I do not understand why the scope of the main document is limited to an indirect evaluation of fish-caused risks to wildlife.” — Paul Whitney, retired wildlife ecologist with extensive experience in fish and wildlife interaction10

Even more devastating is a comment by reviewer Charles Slaughter, a hydrologist at the University of Idaho. Slaughter called sections of the EPA’s draft report “pure hogwash.”11

The harsh judgment handed down by the Peer Review Panel has not gone unnoticed on Capitol Hill, where some lawmakers are expressing deep concern over the EPA’s treatment of the Pebble Mine project. The House Oversight and Government Reform Committee has launched an investigation into the EPA’s handling of the issue and has instructed the agency to turn over all documents related to the project, including letters and transcripts. Committee Chairman Darrell Issa (R-CA) has announced that his panel will hold a hearing on the matter, telling E&E News that a “pro-active bypass of the ordinary [permitting] process would be inappropriate.”12

In the Senate, Alaska’s Lisa Murkowski (R-AK), the ranking member on the Energy and Natural Resources Committee, is also keeping the pressure on the EPA, saying in a statement, “I remain concerned that the agency has chosen to evaluate a hypothetical mine that does not reflect modern mining practices.” Murkowski added, “Alaskans deserve a fair and unbiased environmental review of the Pebble project once a project description has been submitted. A pre-emptive veto by the EPA would make no more sense than a pre-emptive approval.”13

While Congress steps up its scrutiny of the EPA’s handling of the Pebble Mine issue, environmental groups are rallying to the agency’s defense and trumpeting their opposition to the mining project. Trout Unlimited, Natural Resources Defense Council, Pew Environment Group, and Earthworks have highlighted the threat they say the mine poses to wildlife, particularly sockeye salmon. Earthworks, created in 2005 through the merger of the anti-mining Mining Policy Center and the anti-oil and gas Oil and Gas Accountability Project, has been particularly vocal in its opposition to the mine.

From its offices in Washington D.C.’s high-rent K Street, Earthworks, largely through its website, conjures up the vision of irreversible environmental damage resulting from the Pebble Mine.14 Like the EPA, Earthworks has never seen a plan for the mine. Nevertheless, the group is one of the co-sponsors of the “Bristol Bay Protection Pledge.”

In April 2010, Earthworks and its allies scored a coup when they convinced giant jewelry retailer Zales to sign the pledge, thereby agreeing not to purchase any minerals or metals from the proposed Pebble Mine.15

What Earthworks, Zales, and the EPA have in common is that they are passing judgment on a project that is still in the exploratory phase. Earthworks is an environmental activist group with a well-established antipathy to natural resource development. Zale Corporation is a global company eager to curry favor with the purveyors of political fashion by appearing to be concerned about the environment. The EPA, on the other hand, is a government agency supported by taxpayer money that is supposed to let science, not politics, guide its decisions. With its clearly prejudiced assessment of the Pebble Mine project, the EPA has been caught cooking the books.

Modern mining is a highly complex undertaking, involving the delicate interplay of geology, hydrology, engineering, waste management, the project’s impact on surrounding communities and wildlife, and the mine’s commercial potential. In the case of the Pebble deposit, the economic value to the United States could be enormous. The proposed mine has the potential to triple America’s strategic reserves of copper and more than double her strategic reserves of gold. It could also nearly double American reserves of molybdenum, allowing the U.S. to rival China as a global leader in the production of this critical metal used to harden steel for U.S. manufacturing and construction industries.16

The EPA Playing Politics Threatens to Set a Terrible Precedent

The EPA’s draft assessment is too flawed a document to be allowed to pass judgment on a project as important as the Pebble Mine. By circumventing the well-established permitting process, EPA has done nothing to earn the trust of the entities it regulates and taxpayers who provide the agency’s funding. Every bit as troubling is the message the EPA is sending to companies contemplating mining projects elsewhere. What is to keep the agency from using its interpretation of Section 404 (c) of the Clean Water Act to discourage other mining companies and investors from pursuing promising projects? Once the precedent has been set that the EPA can preemptively shut down a mining project without regard to the permitting process, what company and what investor will risk time and capital in a doomed effort to win a regulatory game the EPA has rigged?