ConservativeBlog.org
Posted at 16:30h in Blog, Environment and Enterprise Institute, Global Warming by The National Center 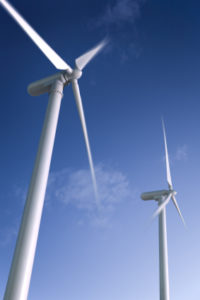 Responding to citizens’ complaints, Falmouth, Massachusetts is the first U.S. municipality to attempt to remove its wind turbines.

While it’s united in its resolve to topple its two 400-foot industrial turbines, Wind 1 and Wind 2, Falmouth is, however, daunted by the $15 million pricetag for removal; $8 million of which will need to be borrowed.

Scott Giordano of The Bulletin attended the Falmouth Town Meeting and reported on a key vote on Aprl 10th:

Passed by a 110-91 vote, the approved warrant article authorizes selectmen to place a ballot question on the May 21 town election ballot pertaining to the wind turbines. Specifically, it will ask voters if they support transferring $100,000 Certified Free Cash to study ways to dismantle Wind 1 and Wind 2 and restore the site, and allow selectmen to pursue the special legislation needed for the town to borrow money to remove an asset like the wind turbines.

According to the Falmouth Patch:

Falmouth officials requested the State’s financial assistance but came up worse than empty handed.  Should the Town remove the turbines, the State informed the Town … that it would not only be responsible for $1.9M in State prepaid Renewable Energy Credits [RECs] but also the $5M ARRA (Federal Stimulus) Funding for Wind-2.  Since the EPA waived its requirement, the State stands to realize the $5M as a windfall.

Falmouth Selectmen Chairman Kevin Murphy characterized the Patrick Administration’s response as ‘punitive.’  The State’s harsh non-assistance was diametrically opposite to what wind turbine neighbors were told back in December [2012] when they sat down with Governor Patrick and Energy Secretary Rick Sullivan.  Sullivan, without objection by Deval Patrick, said ‘We will not leave Falmouth holding the bag.’

…Falmouth’s “bag” is now estimated to be $14M which includes $5M debt for Wind-1 plus dismantling costs.  Despite the State’s hostile financial terms, Selectmen, under the leadership of Chairmen Murphy, say the turbines must still come down in order for Falmouth to be made whole again.

Another option: The town can keep the turbines, run them day and night, and buy out the 20 to 40 homes near the turbines for $433,000 each, approximately $9 to $17 million.  Selectman Vice Chairman Brent Putnam pointed out that there are 812 homes with an assessed value of over $407 million within one mile of the turbines.

In an extensive interview with WGBH’s Greater Boston, Eleanor Tillinghast of WindWiseMA.org stated she believes a $200 million State fund, built from penalties on utilities, should be tapped to address situations such as Falmouth’s.

Falmouth has just 33,000 residents and many of them packed the Town Meeting in the Lawrence School Auditorium. People tuned in, from around the world, to watch online via Falmouth Community TV  but the station didn’t have enough bandwidth to handle the traffic.

So thanks go to @windwisema, @scottgBulletin and @andrew_putnam who tweeted by #falmouth throughout the debates.

Multiple speakers supporting the motion to remove turbines.  Moderator struggling now to find an opponent.  Moderator going down list of speakers to find someone who is in opposition.  Still no one against this Article.

It’s the story of a small town battling against Big Wind subsidies that need to topple, along with the Wind 1 and Wind 2.

Stay tuned for Part II in Wind 1 and Wind 2: Falmouth’s May 21 election when the issue will go to a full vote!