ConservativeBlog.org
Posted at 16:06h in Blog, Environment and Enterprise Institute, Property Rights by The National Center

The House Resources Committee, Subcommittee on Public Lands and Environmental Regulation, held a fascinating hearing on efforts to update the antiquated Antiquities Act of 1906. Congressman Rob Bishop of Utah did an excellent job chairing the hearing. 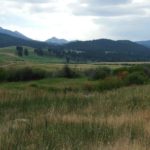 The room was packed, standing-room-only.  I was wedged between a DC-based staffer from The Wilderness Society and the “National Monuments Campaign Communications Director” of the Conservation Lands Foundation.  In a sea of suits, the Stetson stood out, as did the cowboys who took time off from the range to travel all the way to DC.

We’ve lived in actual fear of this raw Executive power ever since President Clinton and Vice President Gore … flew to Arizona’s Grand Canyon National Park, & with the stroke of a pen, designated the 1.9 million acre Grand Staircase Escalante National Monument [in Utah] – one of the largest monuments ever designated.

This blatant political move has subsequently devastated the economies of Kane and Garfield Counties and lifestyles of the people who live there, greatly damaged the reputation of my beloved democratic party in rural Utah, and has demolished the Department of Interior’s credibility in a state in which they are the majority landowner.

Most importantly, if recreation and tourism, which are supposed to accompany the designation of national monuments, are such an economic benefit to local communities, why is the school system in Escalante, Utah in the heart of the Grand Staircase, about to close due to a continual decline in local population since the monument was created?

Please don’t insult rural communities with the notion that the mere designation of National Monuments and the restrictions on the land which follow are in any way a substitute for long-term wise use of the resources and the solid high wage jobs and economic certainty which those resources provide.

It’s the community, not just the land, that creates the value of the resource.

If we keep going this direction, we’ll be using the Antiquities Act in 20 years to “preserve” the empty buildings, the remains, left behind in all the small towns the Act’s extinguishing. 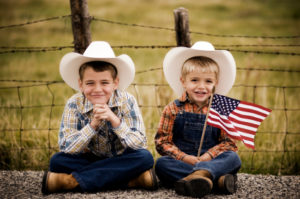 Those who support the Antiquities Act status quo have issued an enthusiastic economic report and are tweeting by #monumentsmatter.

Rural residents and counties should engage in this conversation and consider submitting info on tax receipts from before and after an Antiquities Act designation.  And anyone can submit formal testimony into the record.

Jim Streeter, Staff Director for the Subcommittee on Public Lands and Environmental Regulation, can help with any questions.  He’s at (202) 226-7736, [email protected].