Posted at 15:57h in Environment and Enterprise Institute, Global Warming by The National Center 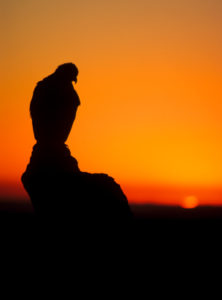 Smallwood earned his Ph.D. in Ecology at the University of California, Davis, has authored nearly 200 papers and reports, and serves as Associate Editor of TheJournal of Wildlife Management.

He is an expert on bird collisions with wind turbines and has investigated bird fatalities caused by electrocutions and line strikes along electric distribution lines throughout California.

In his new study, Smallwood states:

He explains: Projecting estimates of [bird fatalities per megawatt per year] to the estimated installed capacity of wind energy in the United States in 2012, I estimated annual fatalities of about 651,000–888,000 bats (with and without the 19 wind projects in the Altamont Pass Wind Resource Area, respectively), nearly 83,000 raptors, and about 573,000 birds of all types. … Including fatality rate estimates from the Altamont Pass Wind Resource Area lowered the 2012 fatality projection across the United States by 27% for bats and increased it by 78% for raptors.

Smallwood explains why wind turbine-related bird and bat moratality estimates came in low in the past:You have to appreciate the beauty of the kestrel, aka the sparrow hawk. Yes, wind turbines kill kestrels.

Erickson et al. (2005) estimated annual deaths of 20,000–37,000 birds, including 933 raptors, at the 6,374 MW of capacity that had been installed in the United States by the end of 2003. After taking measures to estimate comparable fatality rates among wind energy projects, I estimated 888,000 bat and 573,000 bird fatalities/year, including 83,000 raptor fatalities, at 51,630 MW of installed wind-energy capacity in the United States. My fatality rate estimate was 20 X greater than Erickson et al.’s estimate for all birds and 89 X greater for raptors, even though the installed capacity of wind energy increased only 8.1-fold from 2003 to 2012. My increased estimates were likely due to improved estimation methods and many more wind-energy projects having been monitored and found to cause higher fatality rates than averaged by Erickson et al. (2001, 2005).

Why is this important to everyone? Well, wildlife belongs to the people, to all of us. And, as any fisherman, trapper or hunter knows, good estimates of takes and abundance are vital to monitoring wildlife and ecosystem health. And bats help control insects and mosquitoes while we sleep, a service Twilight fans, and all of us, really appreciate.

Note that Smallwood’s study is limited to wind turbines only and does not include bird mortality related to the miles of lines being strung to deliver wind and solar energy to people. We are building a whole new grid for delivering wind power, another grid for solar!

The California Energy Commission’s Public Interest Energy Research Program funded Smallwood’s study but does not yet offer it on its website.

Let’s hope that, in the interest of transparency, the State of California will soon post the Smallwood study on its site so the taxpayers who paid for it can read it.