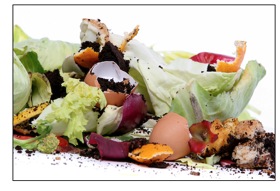 The New York Post reported over the weekend that Mayor de Blasio’s new Department of Sanitation commissioner, Kathryn Garcia, has big plans for New Yorkers like myself and our garbage.

“We’ve spoken about taking this agency to the forefront of the nation in terms of composting,” Garcia said. “Food waste is the largest percentage of waste in New York City, and we have to deal with that if we’re going to sustain the future.”

I’m in favor of voluntary composting. In fact, I’ve done it myself. It’s great for my garden. But if the de Blasio administration wants to make composting mandatory, it’s a rotten idea for the Big Apple.

As we stated in a press release when a more modest plan was rolled out by the Bloomberg administration last year,

“In fact,” says Stier, “we already have voluntary composting where residents can send their kitchen scraps to gardens around the five boroughs.” So why the need for a new program? A Bloomberg official admitted to the New York Times that while initially voluntary, the goal is to require all residents of the city to save their kitchen scraps for a government-administered composting program. Those who don’t compost would be subject to fines. “We live in a big city, not on a farm, and while composting is a great idea in certain circumstances,” says Stier, “it doesn’t make sense to mandate that all New York residents save their rotting food.” Stier says the Mayor’s view is skewed in favor of anything labeled “green.” “If the mayor applied his risk-averse trans-fat banning, soda-size limiting science to the risks of composting in NYC he wouldn’t be making it mandatory, he’d be banning it,” exclaims Stier. “Consider the increased risks from disease-carrying vermin (a problem the city still hasn’t conquered), from all of the pre-compost material sitting around our dense living spaces, not going out with the trash each night,” says Stier. Stier wonders why Nanny Bloomberg isn’t worried about greenhouse gas emissions from the extra “compost trucks” that’ll have to be deployed. “Perhaps they’ll be carrot-peel powered,” chides Stier. “There’s no way food scraps can be picked up from every home throughout the city without greatly increasing the number of trucks, traffic, and tyranny.”