ConservativeBlog.org
Posted at 02:21h in Blog, Environment and Enterprise Institute by Amy Ridenour 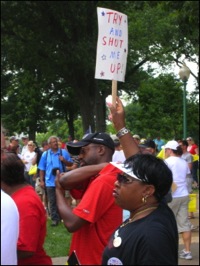 Liberals claim we conservatives pick our issues based on opposition to Obama, not on principle.

They don’t know what they are talking about.

Bouie’s thesis can be found in his title. What’s scant is evidence to back up the idea that we conservatives are engaged in, as he says, a “near-senseless… reaction… that’s consumed the whole of conservative politics.”

Opponents of Common Core, for example, are said to dislike it because Obama does. News to you? Certainly news to me, and I suspect news to the very many people who have peppered me with anti-Common Core emails, Facebook posts, Tweets and the like for years now. I assume Obama’s name has come up once in a while, but I can’t remember any specific instance.

Bouie’s evidence? He says his thesis is “easy” to prove: The Republican governor of Louisiana changed his opinion on Common Core, and the New York Times claims that this is so. That’s proof?

A look at the New York Times piece finds no evidence that Obama’s views are the main ones driving grassroots opposition to Common Core. The Times just says so. Worse for Bouie, late in its piece, the Times contradicts itself, printing that opposition to Common Core stems from two things: 1) opposition to a federal takeover of education (not, then, any presidential administration specifically), and 2) opposition from teachers unions, “who are trying to sever any connection between test results and teacher evaluation.” Teachers unions, of course, are very pro-Obama. 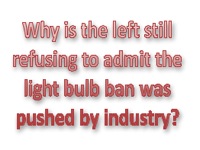 Based on the materials I see from the grassroots, it is the content of the Common Core curriculum that animates most Common Core opponents.

Then Bouie reports on the light bulb standards. He knows less about that controversy than he does about Common Core:

Take light bulbs. In 2007, Congress approved—and President Bush signed—strict efficiency standards for incandescent light bulbs. The practical impact was to make 100-watt bulbs obsolete: an inconvenience, but not a huge imposition. In any case, the rule wouldn’t take effect for a few years, giving homes and businesses a chance to adjust.

Industry groups grumbled, but there wasn’t any outrage. That changed in 2011, after a Tea Party–fueled Republican Party took the House of Representatives in a landslide victory over the Democratic Party. This coincided with the implementation of the efficiency standards, and the result was a caterwaul of right-wing rage.

The underlying message of Bouie’s piece is that conservatives do not have values and principles that stand on their own; we simply develop our views in opposition to whatever the left believes. He and his fellow travelers (as Bouie is hardly the only liberal to be running with this thesis) do not understand conservatism at all. I suspect that’s intentional. Reporting what we really think would require liberals to rebut us — or agree with us. It typically can’t do the former, and it is unwilling to do the latter.

Perhaps Mr. Bouie and his ilk should spend more time in self-reflection.