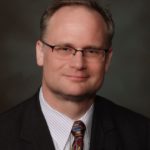 Despite the fact that Ebola no longer dominates the news as it once did, the National Center’s David Ridenour has a new commentary out there meant to make sure people don’t forget the United States still has a lot to lose.

Obama ordered our brave troops into the “hot zone” in Africa.  It’s a dubious mission that could ultimately cause more harm than good — a mission David said “has a ready-shoot-aim quality to it.”

President Barack Obama is using American troops to combat Ebola to show the world he cares enough to send our very best.  But our soldiers aren’t Hallmark greeting cards.

David’s argument against sending American military forces to Africa was distributed by McClatchy, one of the nation’s premier news services.  So far, David’s work is known to have appeared in at least 56 different newspapers across the country and even around the world — including the Pittsburgh Tribune Review, Honolulu Star-Advertiser, Omaha World-Herald, Salt Lake City Deseret News, Fresno Bee, Gulf Today (United Arab Emirates) and Canada Free Press.

It’s even been published in Stars and Stripes, the newspaper of the American military!

In his commentary, David listed four reasons why the American military should not be deployed to Africa to fight Ebola:

Even though David was supposed to be part of a debate, it seemed that James Jay Carafano of The Heritage Foundation — meant to provide an opposing viewpoint — was more in agreement that David with concerns about the mission and the safety of American forces than not.

For example, Carafano wrote that “[h]elping West Africa deal with Ebola is a humanitarian mission — not a national security deployment.”  He also wondered, “[I]s the president simply throwing some troops at the problem so he can say he’s done something?”

And both specifically agreed that a travel ban placed on infected areas, something Obama has opposed, would be a better step to take before sending in the troops.

As David pointed out:

Our soldiers are being placed at enormous risk all because the president is unwilling — to borrow his own words from another crisis — to “plug the damn hole.”