Is It Any Wonder Some Conclude Civil Disobedience is a Safe and Consequence-Free Activity?

Washington, D.C. – Left-wing activists and news outlets that only partially cover their activities are in part to blame for the confrontation in Oregon that led to the death of LaVoy Finicum, says the National Center for Public Policy Research.

That’s because left-wing organizations often use civil disobedience without consequences, which leads the public to believe law-breaking in pursuit of political or public policy goals can take place without serious consequences.

Parts of the news media are complicit because they cover stories in ways that help the left-wing organizations achieve their goals.

Kieran Suckling, the executive director of the Center for Biological Diversity, a left-wing green group, was repeatedly covered in the news media criticizing those occupying the Malheur National Wildlife Refuge (for example, here, here, here, here, here). No story we found mentioned that Suckling has been found guilty in court (here, here) for occupying private property and refusing to leave as part of a political protest, or that he has been arrested (and even bragged about it by issuing a press release) for civil disobedience as recently as 2014. 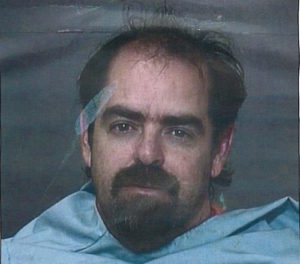 “In yet another case of ‘do as I say, not as I do,’ the environmental left is protesting civil disobedience by citizens while it practices and/or condones civil disobedience itself,” said David Ridenour, president of the National Center for Public Policy Research.

“Kieran Suckling, the executive director of the Center for Biological Diversity, a left-wing green group that sues the government while expecting the taxpayers to pay its legal bills, has gone to Oregon to protest the occupation of the Malheur National Wildlife Refuge. Yet he has been found guilty of much the same offense. Occupying another’s property without their permission in the name of a political cause is either wrong or it isn’t. It isn’t okay when the environmental movement does it and wrong for everyone else. Kieran Suckling is much like the Bundys; he may disagree on policy but he’s used the same technique,” Ridenour added. “Kieran Suckling should be laughed out of Oregon for his hypocrisy. So should any news reporter who writes about the Center for Biological Diversity’s statements about the occupation at the wildlife refuge without covering Mr. Suckling’s past conviction in a court of law for similar activities.”

“Kieran Suckling is far from the only leftist to be arrested for civil disobedience,” said Amy Ridenour, chairman of the National Center for Public Policy Research. “Most liberal activists who commit civil disobedience are never charged, or get merely a tiny slap on the wrist. The news media runs pictures of left-wing activists getting arrested for their cause of the day knowing full well the charges will be dropped, but the media never tells the public the arrests are all-but-fake. Quite often all this is arranged in advance. The public is impressed by this false dedication. But people who pay attention know those arrested rarely face any penalties. Is it any wonder some have gone on to assume civil disobedience is a perfectly safe and consequence-free thing to do?”

“Law enforcement shouldn’t make essentially fake arrests so activists can look good on camera, and government officials who get arrested on purpose should be fired,” Amy Ridenour added. “A high-ranked member of the Bush and Obama Administrations, James Hansen, who ran NASA’s Goddard Institute for Space Studies before he retired, was repeatedly and intentionally arrested – in violation of the law as well as federal ethics rules — while serving in the executive branch, the part of the government that is tasked with enforcing laws. He was never fired. When even high-ranking members of the law enforcement branch of government break the law to get attention for their pet causes, sanity has broken down. Until we restore sanity, expect to see more civil disobedience. And because law enforcement treats some civil disobedience as worse than others, and enforces the law against some while dropping charges against others, expect to see more deaths like the one in Oregon yesterday.”

The National Center for Public Policy Research last commented on the Oregon situation in a press release here. It neither endorses nor participates in acts of civil disobedience, and it has not endorsed the occupation of the Malheur National Wildlife Refuge.

Contributions to the National Center are tax-deductible and greatly appreciated.