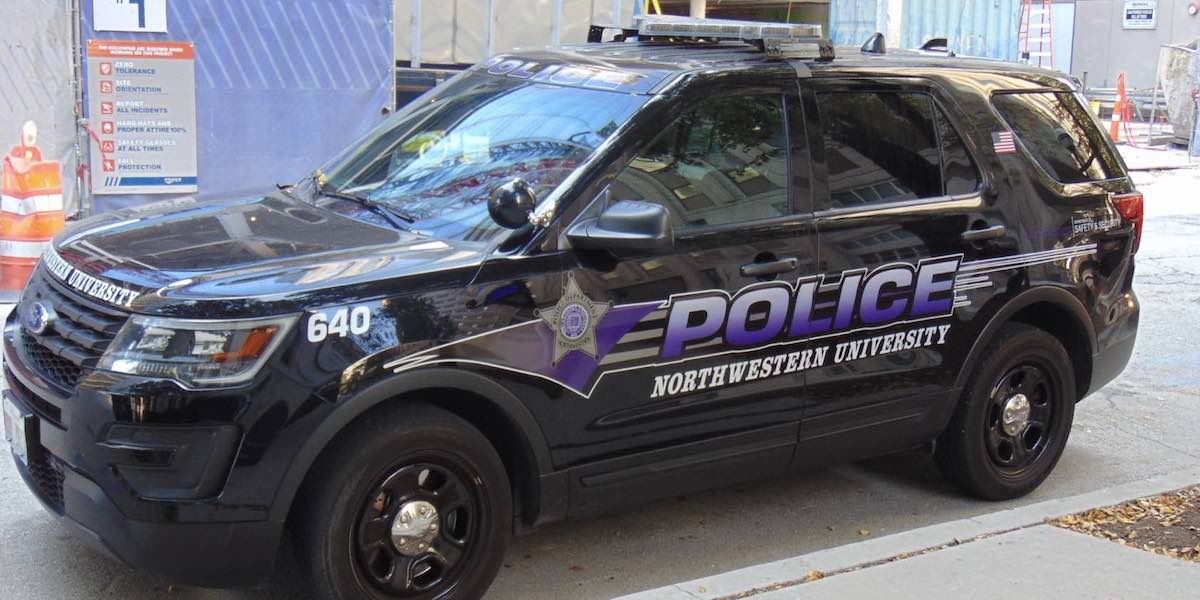 ConservativeBlog.org
Posted at 18:49h in Blog, Project 21 by David Almasi

No matter how many times they call me or send me letters, there’s no way I am going to give Northwestern University a dime.

Besides the fact the school has an endowment of over $11 billion and doesn’t need my money, political correctness infests my alma mater.

My standard response used to be that I would not donate as long as Bernadine Dohrn – an unrepentant domestic terrorist and wife of fellow terrorist and Obama confidante Bill Ayers – remained on the faculty. While she has since retired, my continued beef with Northwestern now goes all the way to the top – to current President Morton Shapiro.

I most recently saw Shapiro in the documentary “No Safe Spaces” vigorously endorsing safe spaces for students.

When I attended Northwestern during the second half of the 1980s, I found myself in the odd situation of trying to prevent segregation in the cafeterias. As a student manager at the Allison Hall cafeteria, I often had to tell black students that I could not – and, quite frankly, would not – allow them to eat their dinners at the Foster-Walker Complex. The logistics of the food service system required students to eat dinners at designed cafeterias rather than at their choice of the six cafeterias like they could for lunch and breakfast (if those locations served breakfast).

Black students wanted to eat together at Foster-Walker for all of their meals. It was a point of contention then, and I remember once hearing about a heated confrontation regarding it that happened when someone tried to open a dialogue about it on Martin Luther King Jr. Day.

Imagine my shock in 2016 when I read a commentary by Shapiro in the Washington Post that endorsed this self-segregation that I had once opposed with the support of the school. Presenting a situation in which black students refused to let white students share the table at which they were sitting, Shapiro asked: “Is this really so scandalous?”

We all deserve safe spaces. Those black students had every right to enjoy their lunches in peace. There are plenty of times and places to engage in uncomfortable learning, but that wasn’t one of them. The white students, while well-meaning, didn’t have the right to unilaterally decide when uncomfortable learning would take place.

He noted that athletes, band members and acting majors tend to eat together, so this shouldn’t be treated differently. But it’s race in this case. Imagine if a group of white students told a group of black, Hispanic or Asian students to move along to the next table. That’s absolutely creating an unsafe space and would likely become a national news sensation.

As if to provoke critics such as myself, Shapiro ended the commentary: “I suspect this commentary will generate even more mail than usual. Let me just say in advance, thanks for writing.”

The damage to Northwestern University and the education it offers was recently evident in the way student journalism was compromised by the mob rule that comes with safe spaces, microaggressions and other forms of political correctness.

Former Attorney General Jeff Sessions spoke on Northwestern’s Evanston campus in early November. Approximately 150 protestors showed up – many with the obvious intent to try to stop the speech. One told The Daily Northwestern, “when your actions and your words are actively killing and oppressing people, we can’t accept that.”

At the time, The Daily Northwestern identified the protesters by name as a matter of reporting the event. They took and posted photos of the protest. They tried, as student journalists at one of the nation’s best journalism schools should be expected to do, to contact protesters afterwards for further comment.

After objections were made over the photos and identification of protesters, the backlash led the paper to issue an apology and remove the photos. Explaining that “covering traumatic events requires a different response than many other stories,” the editorial staff pledged “to prioritize the trust and safety of students who were photographed” and that “nothing is more important than ensuring that our fellow students feel safe.”

The so-called “trauma” was Sessions speaking on the campus at an event that students could have easily ignored. They chose to protest it. Many of them chose to disrupt it. They chose to deny rights to those who had peacefully assembled.

While the student newspaper may have failed in its response, the administration surprisingly stepped up in this instance.

The Northwestern University Police Department, after a long investigation of the event, issued citations to “a small number of individuals” for disorderly conduct.

I’ve been in many demonstrations, many marches, and we always made sure that we separated ourselves from those who chose to break the laws or the laws of decency.

When I was on campus, there was robust free speech. Just a few weeks ago, I was talking with an old friend from back in the day about how we saw Nation of Islam leader Louis Farrakhan speak at the campus chapel.

There was also the infamous incident when Nicaraguan Contra leader Adolfo Calero had blood thrown on him while trying to speak on campus. But that confrontation and denial of free speech led to one of the professors who helped coordinate the protest being denied tenure. Professor Barbara Foley, who said Calero was lucky to get out alive, was sent packing because her actions were “so injurious to the purposes of the university that it justifies a finding of deficiency in citizenship beyond all reasonable boundaries of toleration,” said then-President Arnold Weber.

It doesn’t seem the case so much these days, despite some good news.

So, alumni relations, I’m still not going to answer your calls.