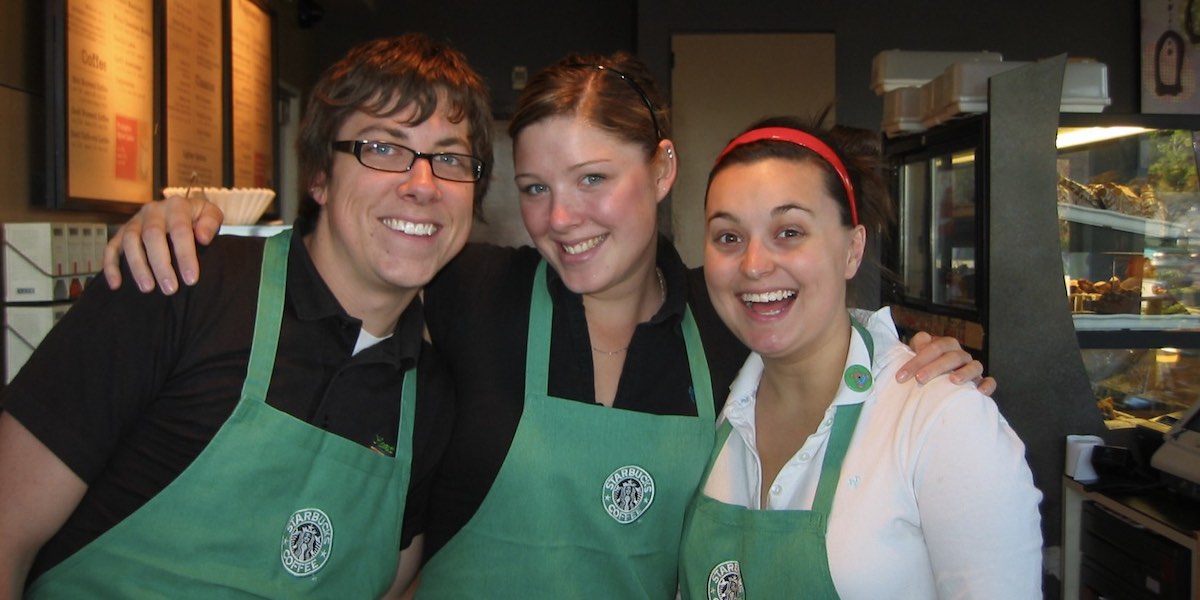 There is no official protection for a Starbucks “partner” who is subjected to ridicule, scorn or other mistreatment due to political beliefs. And an attempt by the National Center’s Free Enterprise Project (FEP) to correct this problem was opposed and defeated by the company’s leadership.

Starbucks is one of the most woke companies in the world. It prides itself on “a diverse and inclusive environment” that seeks diversity “in its broadest sense,” according to Rachel Gonzalez, the coffee chain’s executive vice president and general counsel. Yet she labeled FEP’s proposal, which was presented at this week’s 2020 annual shareholder meeting, “unnecessary” and “not beneficial.”

We… made a very simple request – we asked that you extend [your Equal Opportunity Employment Policy] to include protections against viewpoint discrimination. That’s because, all across corporate America, the political left is engaged in a fierce cancel culture that seeks to root out conservatives.

The current Starbucks policy governing operations in the United States reads: “All partners and applicants will be treated fairly, without regard to race, color, religion, sex, national origin, age, physical or mental disability, sexual orientation, marital status, military or veteran status, gender identity and expression, genetic information, or any other factor protected by law.” Note, however, that there is no explicit protection for employees of any political or religious viewpoint from workplace discrimination. In this era of cancel culture, such a protection is proving to be an unfortunate necessity.

Essentially, those who work for Starbucks are protected from workplace discrimination if they identify with a gender different from their genetic code, but any coworkers who disagree with this identification have no similar protection.

A policy for preserving and protecting diversity is particularly relevant at a company such as Starbucks, which has a reputation for being overtly liberal in its corporate affairs. As Justin pointed out in his presentation:

Starbucks has also refused requests to increase the viewpoint diversity of its board. This signals to employees that viewpoint discrimination is condoned if not encouraged.

It’s also not good for business. From holiday cups to engaging customers on racial issues,  the politics of Starbucks has always left conservatives with a bitter aftertaste. Justin explained this clear and present danger to investors and the Starbucks leadership:

Our proposal offers Starbucks a means to alleviate that concern. By signaling to conservatives that the company makes employment decisions free from viewpoint biases, Starbucks would increase the number of Americans willing both to buy Starbucks products and consider working for the company.

But the Starbucks leadership dug in its heels. Gonzalez, speaking in opposition to FEP’s proposal, talked past these concerns and the constructive means of fixing them. She responded:

Consistent with Starbucks’s mission and values, we celebrate diversity – and we’re committed to creating an inclusive environment for our partners and our customers.

Given our ongoing effort to support a welcoming environment at Starbucks, our board of directors believes a public report detailing potential risks associated with omitting viewpoint diversity from our written employment opportunity policy is unnecessary and not beneficial to our shareholders.

In making the case for Starbucks to maintain a potentially hostile environment for employees with differing viewpoints – even if they don’t voice them in the workplace – Gonzalez pointed to the “To Be Welcoming” program of the Starbucks Global Academy. But a perusal of its “course” on “Welcoming Dialogue on Political Culture Bias” found no explicit directives for employees taking the course to respect the views of fellow partners. In fact, at least one of the videos was inciteful in the way it portrayed the expansion of voting rights over the history of the United States. It’s curious how diversity and inclusiveness would be enhanced by a prominent lesson about the gerrymandering of voting districts.

FEP’s proposal was not adopted. Starbucks employees who hold viewpoints that might be at odds from the rest of the woke workforce remain at risk of employment discrimination. So Starbucks cannot be the truly diverse and inclusive environment its corporate leaders claim it to be. And that is by their own design.