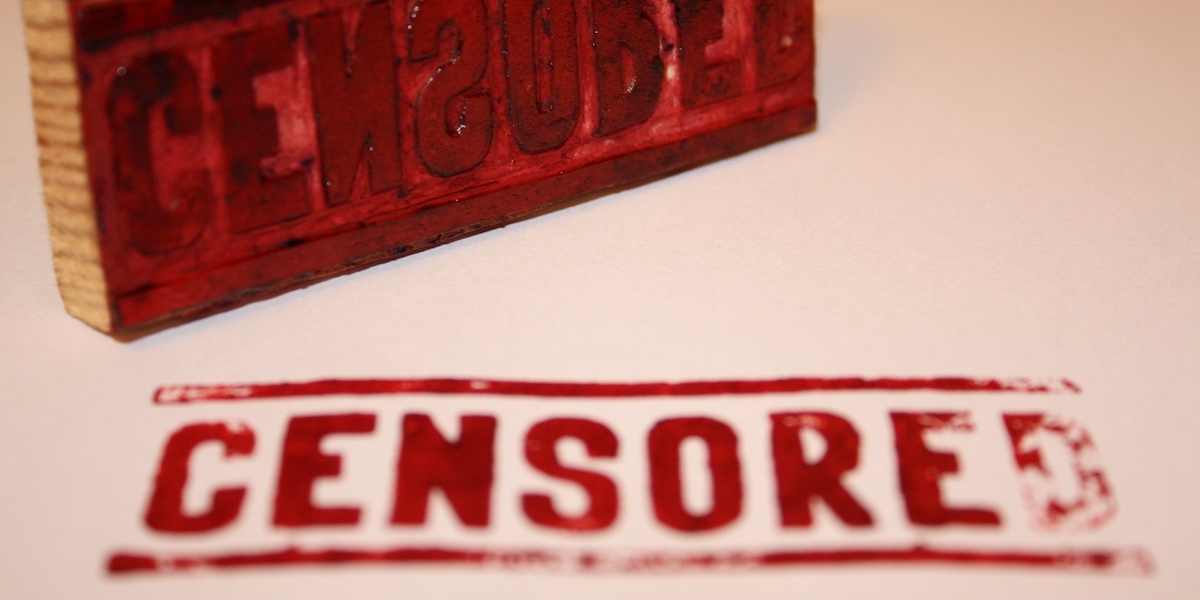 01 Dec 2020 Hypocrisy at Its Finest: The Left Poses as Democracy’s Watchdog

It doesn’t take a genius to see the growing trend of censorship of conservatives by the social media giants.

The Media Research Center recently released a report that Twitter and Facebook have censored President Trump and his campaign more than 194 times since May 2018. On the contrary, Joe Biden and his campaign have yet to be censored. Other predominant conservative figures, such as Trump Press Secretary Kayleigh McEnany and Turning Point USA founder Charlie Kirk, have also had their Twitter accounts locked due to allegedly violating Twitter’s content rules. Most notably, the New York Post had its entire account suspended for posting an accurate story about the suspicious dealings of Hunter Biden with foreign nations.

This seems a little one-sided, doesn’t it?

Yet Big Tech and the mainstream media continue to claim that there is no bias or impartiality toward any group or ideology. Twitter CEO Jack Dorsey outlandishly testified before Congress that his company “believe[s] strongly in being impartial, and we strive to enforce our rules impartially. We do not shadow ban anyone based on political ideology.” Unconvinced, Senator Mike Lee (UT) asked Dorsey and Facebook CEO Mark Zuckerburg to name “one high-profile person or entity from a liberal ideology” who has been censored by the media platforms. An awkward silence hung over the Zoom call before Zuckerburg responded, “I can get you a list of some more of this but there are certainly many examples that your Democratic colleagues object to when… a fact-checker might label something as false if they disagree with it, or, um…” while ultimately saying that he could not name any at the moment and needed more time to think about it.

Conservatives have never had trouble naming any public figures from their side who have been censored, yet the CEOs of these companies couldn’t name a single liberal who has received this same treatment.

What is happening here?

Left-wing tech companies and the mainstream media love to act as the moral arbiters of the world and believe it is their duty to judge the information that is being portrayed to the public. They no longer believe in the freedom of thought and ideas. They don’t want to allow both sides of the aisle to voice their arguments and opinions and let average Americans decide for themselves. Now they take care of deciding for you. They are now working as the gatekeepers between the general public and public dialogue, accepting only information that they determine will advance their agenda.

CNN anchor Brian Stelter recently acknowledged that there is “this new social media app called Parler getting a lot of attention, because conservatives are leaving…they believe Parler is a safer space for them.” He added that “people are getting more and more into their own echo chambers, more and more into their own bubbles, especially Trump voters.” CNN reporter Pamela Brown replied, “it’s not good, it’s a threat to democracy.”

This is almost laughable. When people routinely have their ideas and voices suppressed, it is instinctual and wise that they would find another venue where their voices can be heard.

Conservatives leaving the social media giants for an alternative outlet is not the overall “threat to democracy.” The threat is what is making them do that in the first place: Big Tech censorship.

Being lectured by the left about what is good or bad for democracy is ironic considering its constant undermining of free speech for a massive ideological group in the United States.

The leftist media is continuing down a dangerous path of censorship and conservatives should continue to pursue avenues to have their voices heard. Big Tech censorship is leaving conservatives no choice but to move to places where they’re not treated as thought criminals. Dividing the country into two non-communicating camps is what’s truly terrible for democracy, and leftist censorship has created this consequence.

Davis Soderberg is Associate for the Free Enterprise Project at the National Center for Public Policy Research.