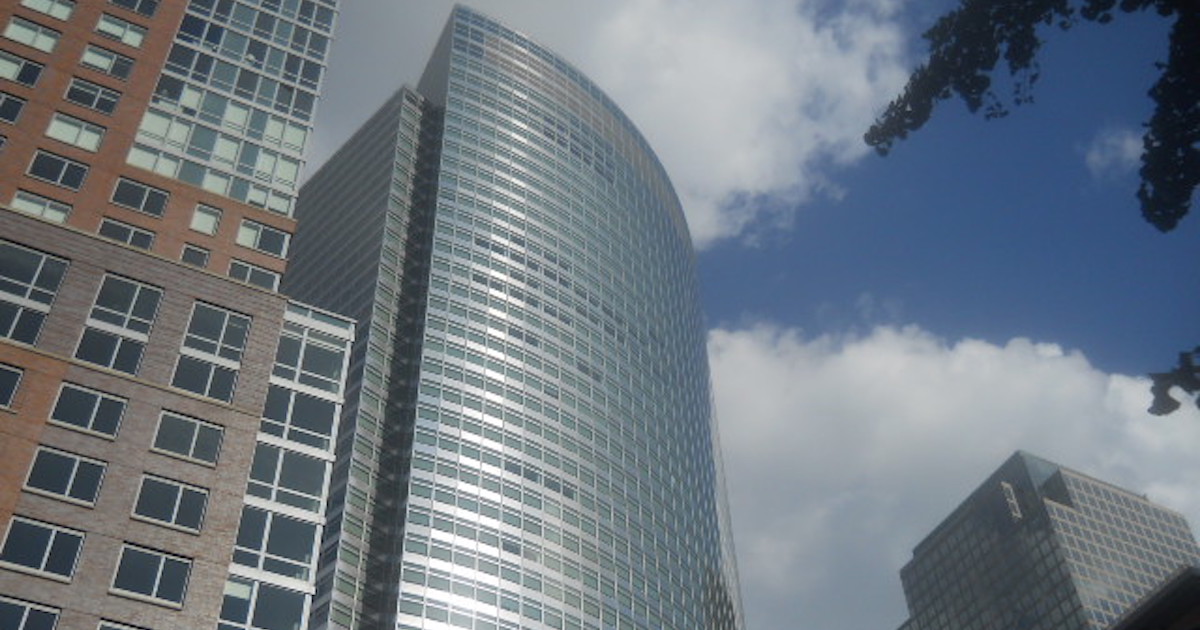 Under the guise of supporting “ESG” investing, Goldman Sachs is pushing companies to make carbon-reduction decisions that, given carbon-output increases in China and India, can have no effect on the environment while greatly reducing American standards of living; while introducing racist and sexist “critical race” and “woke” quotas and doctrines into every aspect of working life. What specific measures is Goldman Sachs taking to make sure that ESG doesn’t just become a front for pushing ill-considered and deeply damaging radical political positions on American corporations?

Davis, thank you for your question. For us, sustainability is embedded in the work we do for our clients, increasingly important and relevant to them. Our sustainable finance commitment reflects our ability to respond to what we see as a clear shift toward where our clients are going. Our strategy is integrated with the purpose of our firm to advance sustainable economic growth and financial opportunity to ensure credibility with stakeholders both internal and external. Our people recognize that inclusive growth and climate transition are increasingly drivers of risk and opportunities for our clients. Given the scale of our ambition, our focus has been on how to effectively operationalize this commitment to give our people the tools to best serve our clients.

The audio of Soderberg’s question and Solomon’s answer can be heard here.

“Solomon proved that he is no different than any other woke CEO we have confronted in shareholder meetings this year,” responded Soderberg after the meeting. “He read off a seemingly pre-scripted excuse for enacting ESG policies and for pushing stakeholder capitalism down the throats of shareholders. His ‘answer’ came nowhere close to justifying Goldman’s far-left green zero-carbon initiative, especially since the largest contributors to carbon emissions, China and India, have shown no signs of playing their part in reductions.”

“Solomon’s rote answer made clear that Goldman is doing nothing to ensure that ESG isn’t simply being used as a pleasant-sounding facade for divisive, destructive hard-left policies that will hurt Goldman Sachs, the American economy and civil society,” added FEP Deputy Director Scott Shepard, who also attended the meeting. “He and other Goldman executives know that zero-carbon here is meaningless to the climate when India and China are full-speed ahead. And he knows that full reliance on renewables will make average American lives much poorer and much riskier. He knows that wokeness is racist and sexist to its core, yet he and Goldman will continue to embrace it and force it upon other American corporations at all costs.”

“Solomon, like so many other business executives, is ignoring his fiduciary duty to his shareholders,” added Soderberg. “CEOs across the country advocate for ESG policies and stakeholder capitalism – that is, making business decisions for ‘all possible interested parties’ (community, customers, employees, etc.) – because these allow them to act according to their own political desires while cherry-picking which so-called ‘stakeholder’ they are prioritizing in the moment.”

“Solomon’s assertion that he and Goldman are only pushing what borrowing firms already want to do is incoherent,” noted Shepard. “If they want to do it, Goldman doesn’t need to push. And his blithe assertions that he’s doing what stakeholders want is a lie. He doesn’t know what all stakeholders want. Goldman hasn’t polled all stakeholders and then come up with coherent ways to take all stakeholder interests into account. He’s merely ascribing to stakeholders the preferences held by himself and other Goldman execs. Goldman’s substitution of personal policy preferences for fact-based commitments to long-term company and economic growth puts the company in legal and reputational jeopardy, and makes it an inappropriate recipient of any further public funds. Too-big-to-fail banks should act like common carriers, serving all clients equally without dictating policy to them. Or they should be regulated as common carriers. Or they must be allowed to fail.”

Today’s meeting marks the 11th time FEP has participated in a shareholder meeting in 2021. To schedule an interview with a member of the Free Enterprise Project on this or other issues, contact Judy Kent at (703) 477-7476.