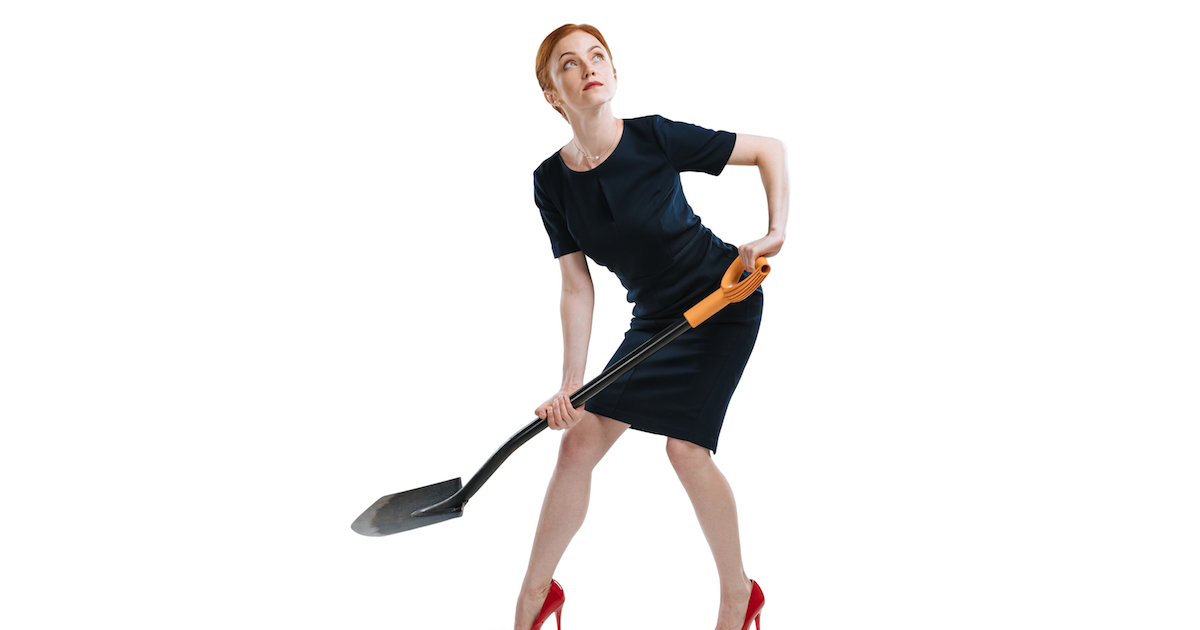 Woke CEOs build traps for themselves, and then fall right into them, with such regularity that even the venerable Wile E. Coyote has begun to look away in embarrassment.

The Dobbs decision has provided the most recent needless-risk creation opportunity.

Despite New York Times assertions to the contrary, the Dobbs decision did not ban or restrict access to abortions. It simply returned the issue to the states for legislation after having subjected Roe and Casey to a dastardly test: comparing them to the words of the U.S. Constitution. Five justices found that, lo and behold, there is no “right to abortion” amendment in there, far less one of sufficient granularity to dictate a trimestral green-yellow-red federal abortion-access minimum. A sixth, Chief Justice Roberts, preferred to stealth-amend Roe and Casey by upholding the Mississippi law without reaching the question of whether those cases were complete nonsense.

In response – and in some cases in prebuttal, by taking action before the decision had been formally announced – a string of major American corporations have committed to paying the expenses of employees who find themselves unable to secure the abortion of their choice where they live.

Oh, what glorious grandstanding. Oh, what noble virtue signaling. As usual, this is noblesse bon marché, as the corporate executives spend not their own money but that of shareholders to take their stands. The self-dealing here, though, is hardly the worst aspect of this move. No, that arises from the hostage-to-fortune that the corporate move casts out into a malevolent world.

States are responding in predictably variant ways to the return to them of control over abortion. A handful had previously expanded “trigger-law” bans set to fall into place as soon as Roe was repealed, so in some states abortion is already entirely illegal again or soon will be. Most have or will allow abortion up to a point – from about 6 to about 20 weeks after conception – and then restrict or forbid it. (This “to-a-point-then-no” position is shared by the majority of Americans and aligns with most European countries, which usually provide a lodestone for progressive activists.)

A few states, though, will allow abortion right up until the moment of delivery, and a few appear to allow for infanticide if the abortion fails (or maybe just in general). Even more do not regulate the provision of abortion at all, despite displaying a distinct eagerness to regulate everything else. As Ericka Anderson at the The Spectator World reports:

As of 2016, 15 states didn’t have any regulations for the inspection of licensed abortion clinics, giving full freedom to providers to self-regulate without any basic government health and safety rules. A 2016 report of 300 abortion facilities in 39 states found more than 2,400 health[] and safety violations at abortion clinics between 2008 and 2020. And those are just the states we have sufficient information on. …

In states like Maryland, non-physicians can perform abortions and receive no penalty for the death of an infant up to 28 days old. In Colorado, babies that survive abortions can be left to die or be euthanized. In Virginia, former governor Ralph Northam infamously said that a baby born alive after an abortion would be “kept comfortable” and only “resuscitated if that’s what the mother and family desired.”

By their hasty moves, woke corporations have in effect adopted these abortion-maximalist positions as their own. If they’re really going to pay for employees to travel to access abortions not available in the employees’ home states, then they have signed up to pay for late-term abortions, and even post-birth murder, for employees who dither too long to get an abortion in their home states.

The companies’ positions are now dictated by the most extreme pro-abortion position to be found anywhere in the Republic. Their only way to pull back from this extreme position, meanwhile, is now to limit their newly announced benefit to some moderate period, such as 12-15 weeks. But that in effect will require these companies to establish a company-specific abortion-limitation “law,” which will cause all of the dynamics that are already starting to play out in state legislatures – including what sure looks like insurrection in Arizona, if I’m following the J6 hearings correctly – to play out in the foyers of their corporate headquarters.

Whichever way the companies go, the CEOs who allowed themselves to fall into this trap will find themselves obliged to assert, as usual, that this additional link in a long chain of left-wing political activism is really no such thing. The dimmer amongst them may attempt to claim that they were forced to do this by their fidelity to “stakeholder capitalism,” but that fraud will be particularly unconvincing here, where bails of evidence show that only a tiny minority of supposed stakeholders prefer the maximalist position.

This will leave the CEOs to retreat further to the claim that the move had nothing whatever to do with politics; rather, they acted because it was in the demonstrable long-term best financial interest of their companies. On its face, this will be an absurd claim. It seems highly unlikely that a failure to spend shareholder money to pay for end-of-term abortions would cost any company all that many employees, and even if it did, that loss would have to be weighed against, and found greater than, the loss of employees and revenue that will arise from the company’s maximalist position.

This showing will be further complicated by the fact that under Roe and Casey states enjoyed some latitude to regulate later-term abortions. Until that regime fell under pending threat this spring, though, very few companies offered the travel-to-abort benefit. So the “this isn’t political” claim also requires evidence of what apolitical, totally objective motives impelled them all to act only in response to Dobbs. In other words, the companies will have to show why employee retention did not require the new benefit under the old regime of restrictions, but absolutely does require it under the new patchwork of state laws.

A final challenge in these CEOs’ attempts to prove that blatantly political actions are really just business judgments: they’ll have to explain why the travel-to-abort benefit is vital in the post-Dobbs United States, but has never been necessary, and is still not offered, to European employees who live in countries with abortion laws that will resemble those of most American states after the Dobbs shakeout. Pretty weird that these totally business-related, apolitical policies are so different in the U.S. and abroad, no?

Everyone knows that Larry Fink, Brian Moynihan and the rest of the woke CEO brigade are liars: their actions are patently woke, patently partisan, patently political. Every few weeks, it seems, they add fresh evidence to the eventual fiduciary-breach cases against them.

If nothing else, gents, I’d strongly recommend instituting sweeping viewpoint DEI throughout your corporations, and especially in the c-suites and legal departments. Your future yous will sure wish you had.