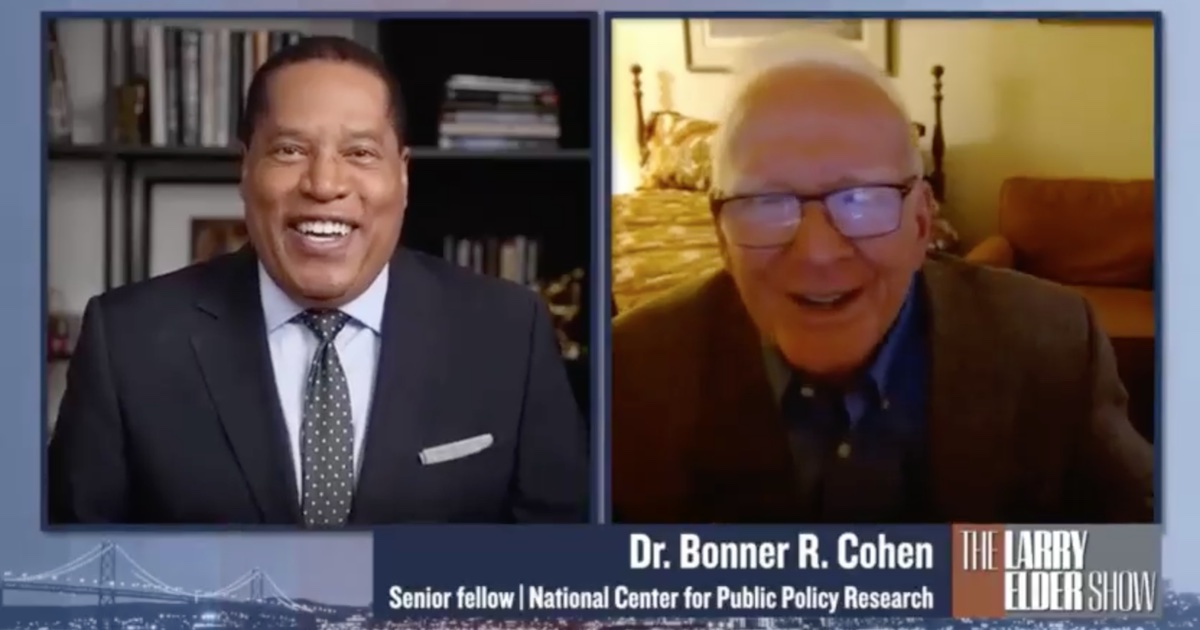 Media Appearance
Posted at 17:21h in Environment and Enterprise Institute, Featured by The National Center

On EpochTV’s “The Larry Elder Show,” National Center Senior Fellow Bonner Cohen, Ph.D., told Elder that the real “climate crisis” is not about climate at all. Instead, a true crisis has arisen due to the draconian and devastating measures taken in the name of fighting climate change.

Cohen also outlined for Elder how, contrary to what Green Energy proponents claim, electric vehicles (EVs) cause more problems than solve them — problems ranging from environmental to geopolitical to those related to human rights abuses.

Elder concluded with a controversial question: “Would you go so far as to say it is unethical to purchase and own an EV?”

Yes, because you are complicit in the geopolitical consequences of what you’re doing: strengthening the People’s Republic of China. You are also complicit in the child labor that is used to mine many of the raw materials that go into the batteries and the manufacture of these vehicles. And you are complicit in putting strain on America’s electric grid, which it is not going to be able to withstand. So yes, it is an immoral decision to buy an EV that in no way can be justified.