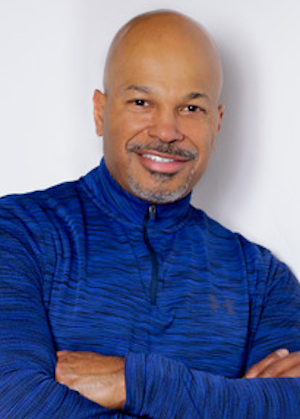 Project 21 member James W. Jackson is lead pastor of the Fervent Prayer Church in Indianapolis. He holds a Master of Divinity, and is currently seeking a Doctor of Divinity degree in transformational leadership.

James began his ministry with approximately 10 members in a school building on the west side of Indianapolis. His goal is to promote healing and deliverance through the power of prayer and faith around the world. He hosts the “Unity in The Community” community affairs radio program airing weekly on AM1310-The Light and the “Real People Real Voices” television show on WHMB-40 – both in the Indianapolis media market.

In 2010, James was the first pastor in the history of Indianapolis to be appointed to the police merit board and was awarded the “Crime Fighter of the Year” award by the Indianapolis Metropolitan Police Department in 2016. He is a graduate of the FBI’s Citizens’ Academy. He is also a state commissioner on the Indiana Civil Rights Board.

James is a 2014 recipient of the “Mayor’s Community Service Award.” He was awarded the “Distinguished Alumni Award” by Indiana Wesleyan University in 2018, the “Dr. Martin Luther King, Jr. Humanitarian Award” by Perry Township Schools in 2014 and the “Indianapolis Legends Award “ in 2017.

He is the director of the Far Eastside Action Coalition, a former member of the board for the Community Alliance of the Far Eastside (CAFE) and president of Fervent Care Childcare and Christian Academy. He is the founder of Clean for Green, a mentoring and employment program for young people in Indianapolis.