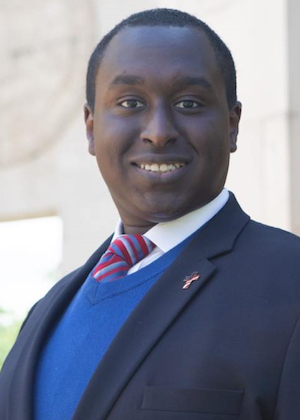 Project 21 member Michael Austin is a free-market economic consultant and president of Knowledge & Decisions Economic Consulting. He has spent his professional life educating about and fighting for pro-family, pro-freedom public policy.

Michael served as chief economist to two Kansas governors. He also served as the director of fiscal policy at the Kansas Policy Institute, where he regularly consulted with Kansas state legislators.

The American Enterprise Institute named Michael an emerging “poverty scholar” for his work and passion to lift Kansans toward financial freedom. He drew national attention highlighting Governor Laura Kelly’s deception on mask mandates and the state’s hypersensitive COVID-19 testing. His work has been featured by television host Bill O’Reilly, the Wall Street Journal, Bloomberg Tax, the Foundation for Economic Education and many state and local media outlets.

During the Trump Administration, Michael was appointed as an advisor to the U.S. Commission on Civil Rights.

Michael is a graduate of Washburn University’s School of Business, and earned a Master’s in economics (with honors) from the University of Kansas.