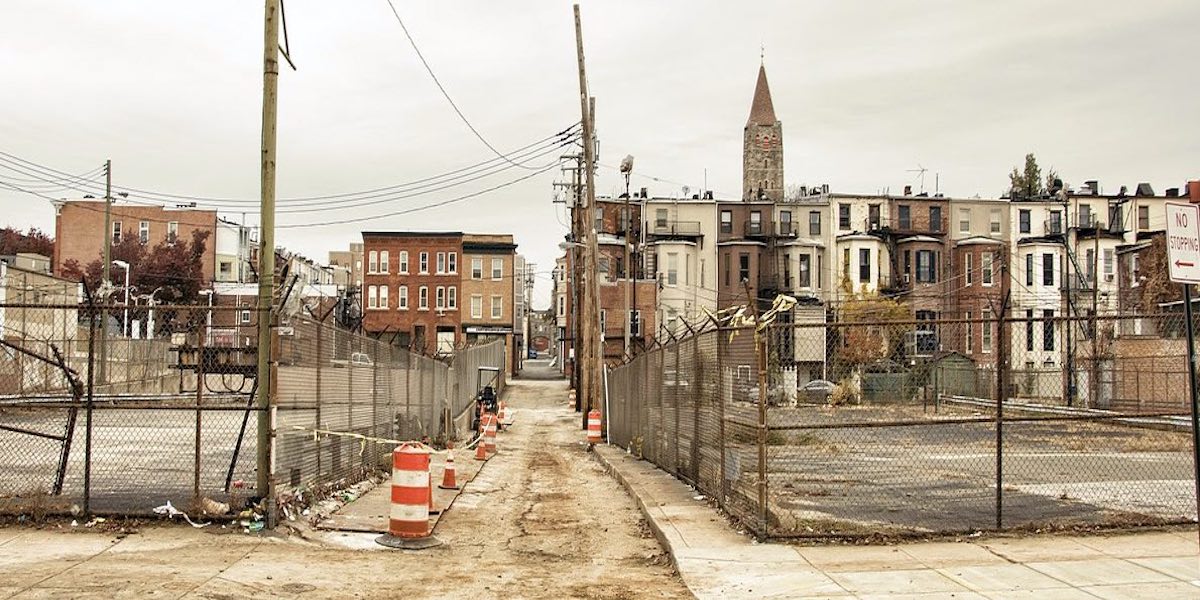 Al Sharpton is running to Baltimore to meet up with Michael Steele, the former lieutenant governor of Maryland. Together they plan to criticize President Donald Trump for his weekend tweets calling Baltimore crime-ridden and rat-infested.

The President tweeted these descriptions in a complaint about U.S. Representative Elijah Cummings (D-MD), whose 7th District covers much of Baltimore. Cummings is the chairman of the House Committee on Oversight and Reform, which has been leading many of the investigations against the President and his administration. Additionally, Cummings alleged that President Trump is a racist last week during a television interview.

At Sharpton and Steele’s event, it’s not expected that either will offer insights or plans on how they will deal with Charm City’s rats or crime. Project 21, in its “Blueprint for a Better Deal for Black America,” offers dozens of recommendations over 10 policy areas for helping revive stalled and failing black communities. These recommendations include better educational opportunities, job growth, safer streets and increasing the role of communities of faith.

While Project 21 members do not see the President’s tweets, and the reaction to them from his critics, as being particularly helpful in fixing what’s ailing Baltimore, they are hoping that this situation exposes the raw deal that many are getting in American inner-city neighborhoods like those found in Maryland’s 7th District.

While nothing is expected from Sharpton and Steele, it’s also likely that no solutions will be forthcoming from the NAACP. Since the NAACP is headquartered in Baltimore, one would think that the organization’s policies would have already cleaned up the city and lowered its skyrocketing murder rate. That’s obviously not the case. The NAACP’s Maryland State Conference did join with the Council on American-Islamic Relations (CAIR) to call out President Trump’s alleged racism. Too bad that effort does nothing to help struggling Baltimore residents.

CAIR’s involvement is puzzling since its national office is currently offering a $1,000 reward regarding the recent and apparently unprovoked beating of a Muslim police department employee within the confines of the 7th District, an incident that CAIR officials speculate might have been a hate crime.

Also curious are critical comments and statistics about Baltimore reported in the news prior to the President’s tweet:

These are certainly not things to defend, yet liberals seem to want to defend them out of an apparent greater interest in bashing the President.

Project 21 member Christopher Arps notes that the President’s tweet appeared to be a response to Cummings baiting him on national television during the previous week. While this does not justify any particular response, those who are quick to call the President a racist need to put the controversy in perspective. Christopher says:

Of course the media won’t report that Representative Cummings said last week on “This Week with George Stephanopoulos” that President Trump was “no doubt” a racist.

And, of course, the President took the bait and unleashed a two-day tweetstorm that liberals and the media are now calling racist.

I will continue to say that I don’t believe the President is a racist. I really don’t. What I do believe is that this president is very thin-skinned, and he knows what rhetoric to say or tweet that will have his die-hard backers supporting and defending him to the hilt from his detractors.

Project 21 member and Maryland resident Marie Fischer is hopeful that lawmakers will use this incident as a catalyst for bringing about real change instead of just using it for political posturing:

I am curious as to why so many feel Trump’s tweets are racist.

Do people feel that way since he called out a black member of Congress whose district is in shambles? Actually, Trump could say the same thing about several congressional districts – including the districts of Speaker Nancy Pelosi in San Francisco, Representative Steve Cohen in Memphis, Representative Maxine Waters in Los Angeles and others.

Was this a retaliatory tweet?  Perhaps it was the beginning of a promise made on the campaign trail when he said he would “empower cities and states to seek a federal disaster designation for blighted communities in order to initiate the rebuilding of vital infrastructure, the demolition of abandoned properties and the increased presence of law enforcement.”

I find it odd that so many people are rallying around Congressman Cummings instead of around the people of Baltimore who live in these areas.

Was President Trump right to engage? I do not know. But if it is the beginning of Baltimore getting back on track and truly living up to its nickname of “Charm City,” so be it.

As a community safety advocate, Project 21 member Nadra Enzi adds that there needs to be more support for the people in the communities who are living with – and trying to solve – neighborhood crises on a daily basis:

Critics on the right have rightly noted Baltimore’s ongoing urban apocalypse for years. Those critiquing conservative critics have long accused them of exploiting the plight of a dangerous urban area for nakedly political purposes.

Into the fray tweets the President of the United States – commenting on a city and district represented, if one can call it that, by House Oversight Committee Chairman Elijah Cummings.

I’m not a fan of Cummings. I’m also not a Trumper for whom the President can do no wrong. I’m not too fond of his latest tweet and the all-too-easy implications that it was racially motivated. But I promise not to burst into tears as one black CNN commentator did.

The hostages trapped in Baltimore, like their peers in urban centers nationally, shouldn’t have the Oval Office rubbing their noses in a tragic situation they navigate daily at risk of life and limb. They know they are betrayed by ruling elites in city halls and state houses — but I might also add lawmakers on both sides of the aisle in state and congressional delegations who have written them off as collateral damage.

The hard-working unsung heroes and heroines of Baltimore’s mentor programs, street patrols, neighborhood associations and faith communities and at-large concerned citizens deserve better. They are fighting the crisis conditions noted in the President’s tweet from addresses less august than the White House and without the stellar protection of the Secret Service.

They deserve better than this.

To see more about Project 21’s recommendations for the 7th District, and for other black communities that deserve to be able to achieve their full potential, click here to download the “Blueprint for a Better Deal for Black America.”