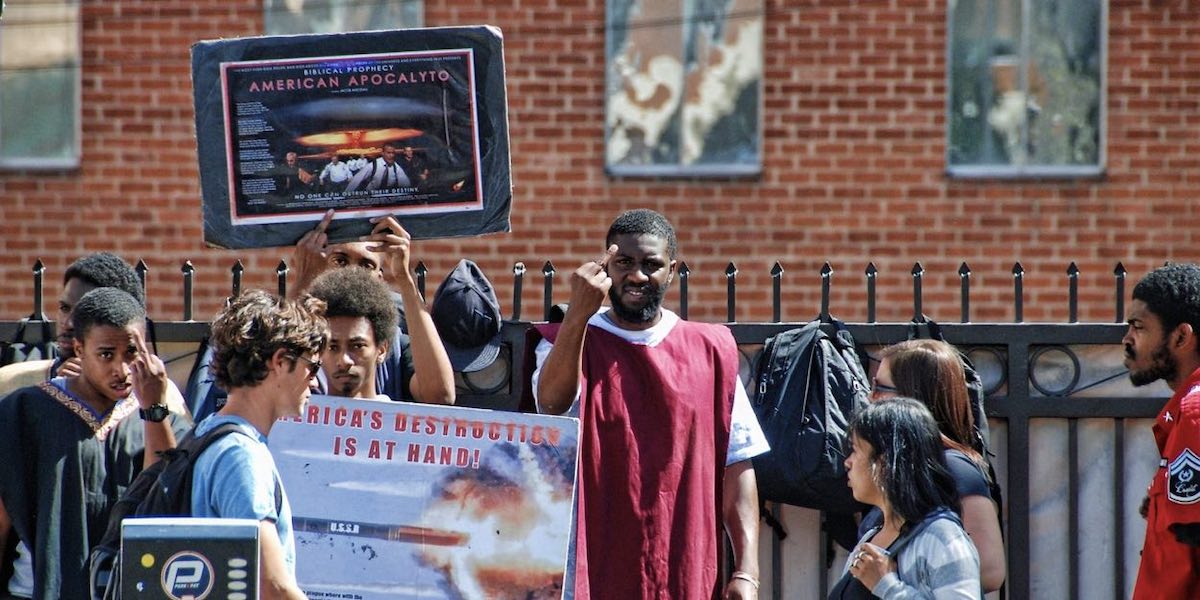 ConservativeBlog.org
Posted at 10:36h in Blog, Project 21 by David Almasi

Investigators trying to get to the bottom of the Hanukkah attack in Monsey, New York have discovered evidence of the assailant’s anti-Semitic leanings – adding this to the unfortunate string of hate-fueled attacks on the Jewish community in the New York City area. Federal hate crime charges have been filed against the suspect. Project 21 member Nadra Enzi asks black leaders to speak out against these acts of hate. A community organizer and public safety advocate in New Orleans, Nadra is very vocal in his support for the Jewish community. In his appeal to black leaders to share his stance, he says:

Black assailants involved in the recent shocking attacks on Jews in New York sadly prove that black anti-Semites have earned the ignominious title of being on the cutting edge of hatred against our Jewish sisters and brothers.

My concern is whether the same black voices who demand their peers call out neo-Nazis and white nationalists in their ranks will raise these same voices to call out violent black anti-Semites.

A violent black anti-Semite is no upgrade over violent white ones.

Nadra’s comments are important in light of the appearance of political grandstanding by some black leaders during this time of crisis.

Yet a high-ranking member of Sharpton’s own National Action Network (NAN) recently defended a Jersey City, New Jersey official who made hateful comments against Jews in the wake of a deadly attack on the Jewish community there just a few weeks ago.

Joan Terrell-Paige, a trustee for the Jersey City Board of Education, was asked to resign after she posted a comment on Facebook about the “brutes of the Jewish community” who “waved bags of money” at black residents and threatened to “bring drug dealers and prostitutes to live next door to you” to gain control of parts of the city. When the mayor and governor called for her resignation, Carolyn Oliver Fair, executive director of NAN’s New Jersey chapter, said they “need to shut their mouths.” She added: “She said nothing wrong. Everything she said is the truth. So where is this anti-Semitism coming in? I am not getting it.”

In the Jersey City attack, people who also held Black Hebrew Israelite sentiments murdered three people at a kosher deli before being killed by police.

Congresswomen Rashida Tlaib also sought to blame “white supremacy” for the Jersey City attack. After her tweet earned much criticism, she deleted it.

In addition to Nadra, Project 21 member Marie Fischer is challenging people to overcome biases by getting out of their comfort zones and reaching out to people of different races and religions as a means of bringing Americans closer together.