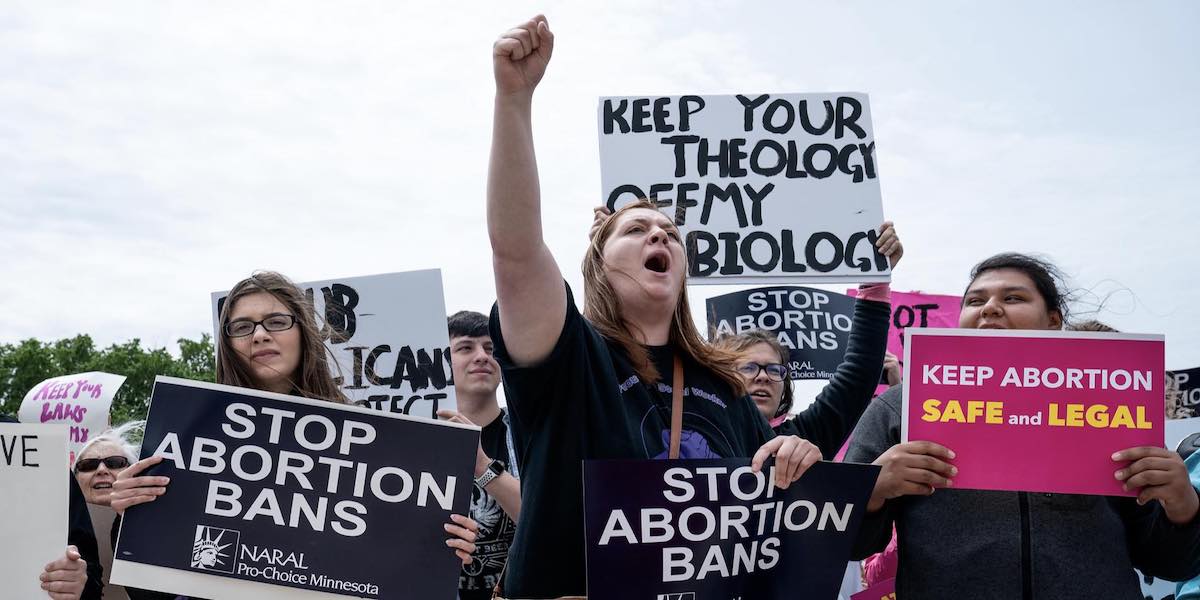 A generation ago, the liberal mantra about abortion was that it should be “safe, legal and rare.”
These days, safe and rare have largely been cast aside.

Women are now encouraged to ”shout your abortion.”  Additionally, there is pushback against state laws requiring abortionists to have admitting privileges at nearby hospitals – to be prepared in case something goes wrong that puts the life of the mother at risk.

Commenting on the latter in an interview with Alison Keyes for the CBS News program “Weekend Roundup,” Project 21 member Marie Fischer asked the very simple question:

If you’re going to be pro-choice, at least wouldn’t you want a highly qualified doctor doing this procedure on you?

Project 21 participated in the case of June Medical Services LLC v. Russo that was recently argued before the U.S. Supreme Court. The National Center’s black leadership network joined a legal brief with other pro-life black groups that asked the justices to uphold the lower court ruling in favor of Louisiana’s Act 620. This law requires “that every physician who performs or induces an abortion shall ‘have active admitting privileges at a hospital that is located not further than thirty miles from the location at which the abortion is performed or induced.’”

In the interview, Marie explained why this is an issue of particular interest to black Americans – citing how they are disproportionately affected by abortion policies:

And this disproportionate impact appears to be by design:

You see a lot of Planned Parenthoods put in black or lower-income neighborhoods. So they make it easier access – which has unfortunately led to a large number of black babies being aborted.

In pointing out that “Louisiana’s clinics have a history of serious health and safety violations,” the Project 21 brief detailed cases of complicated and risky abortions in which hospital admitting privileges would have been helpful, remarking that “[t]hese gruesome deaths are part of a long history involving unqualified and uncredentialed abortion providers disproportionately harming black women.”

Responding to those who oppose Act 620, Marie said:

People keep saying abortion is like a [medical] procedure, but it is an invasive surgery. If done wrong, not only could it sterilize the mother but it could kill.

So all we’re asking – we’re just agreeing that, yes, you must have admitting privileges [at a hospital].

Countering the complaint that laws like this could close clinics by placing the burden of obtaining admitting privileges on abortionists, Marie asked:

Will it really leave a dearth of places? Are you saying that many practitioners are truly unqualified? And, if that’s the case, that’s a problem.