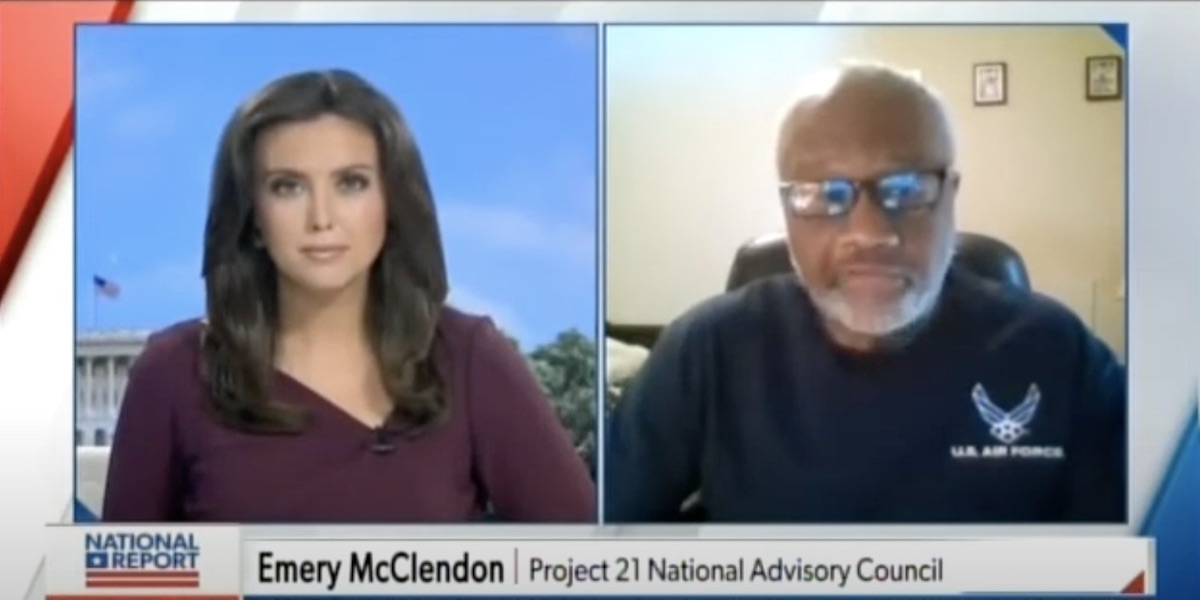 “As long as I’ve known, Chicago has been a gun-free zone,” Project 21 member Emery McClendon remarked during a recent interview on the Newsmax television network. “Yet there are more gun killings within the city limits than all over the other cities around the nation.”

Commenting on the “indiscriminate” violence and crime that is found in the Windy City, Emery said the root cause “seems to be blatant disregard for the law.” While Emery did admit there are problems with the police there, he countered that the major source of the problems run much deeper:

It seems like they have a problem in their communities. The people teaching their youngsters and their young people about respect for life, respect for others.

Asked about President Donald Trump’s critical letter to Chicago Mayor Lori Lightfoot and Illinois Governor J.B. Pritzker last week that nonetheless included a generous offer of federal help to deal with the crime there – something that Emery and other Project 21 members have applauded – Emery said:

That was very refreshing for the president to do so – and to offer the help from his cabinet to come in and help them devise a plan to lower the crime rate.

You know, Chicago is a very large city – an important city… So I think the mayor needs to take a look at any way she can to get help. And if the federal government can devise plans and ways for her to lower crime in Chicago… I think that’s a positive thing, not a negative thing.

The host asked Emery: “Is defunding the police the answer?” He unequivocally replied: “[A]bsolutely not!” He further explained:

At a time when violence is at an all-time high – it’s escalating – we see groups taking over city blocks, barricading those blocks off…

Elaborating on the violent crimes that quickly overtook the police-free CHOP autonomous zone in Seattle, Emery noted that our society needs the safety that law enforcement provides:

We need to make reforms – that is true – with the police department. Have standardized training and so forth. But we don’t need to defund the officers because, if we do, who are you going to call when you need help?