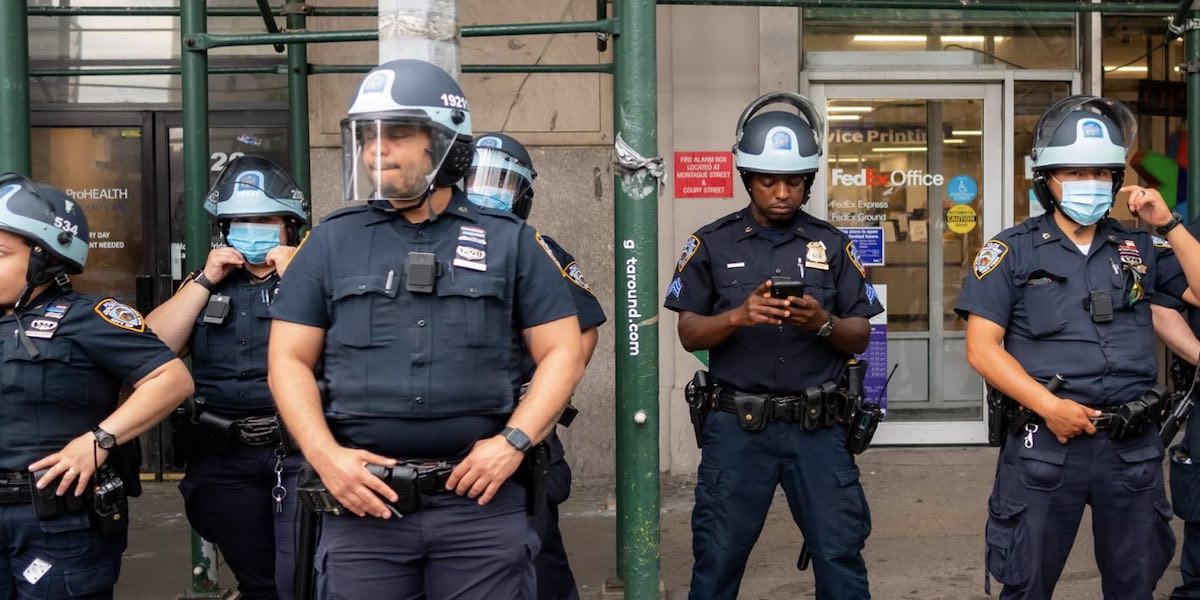 27 Jul 2020 Contrary to Media Narrative, Blacks Back the Badge

Something that’s not reported by the mainstream media is that black Americans – the alleged targets of violent, racist attacks by police officers – actually want to see more cops on the beat in their communities.

Contrary to what the left and a compliant media seem to want people to think, Project 21 Co-Chairman Horace Cooper explains that “black Americans are as interested in law and order as the rest of the country, if not more so.”

In a Daily Signal commentary, Horace backs up his assertion using the results of a recent Rasmussen poll:

A staggering 67% of blacks say that the growing criticism of America’s police will lead to a shortage of police officers and reduce public safety in the community where they live. That’s a 3 percentage points higher fear level than the response of Americans overall.

The fact is that black communities suffer far more from under-policing violent crime than from over-policing.

Not only that, but Horace notes that “[w]hile black men are only 6.2% of the population, they make up more than 11% of all law enforcement officers nationwide.”

Horace argues that black Americans actually reject the rhetoric of elitist liberals who insist that police are largely bigoted and that “systemic racism” is the source of so many problems. Instead, he writes, very real safety concerns and the lack of an adequate police presence are hurting black communities and resulting in stronger black support for the police:

Past judicial rulings have shockingly found that there is no constitutional right to police protection. That means, Horace warns, “if the police don’t show up, you’re on your own.” It also means “[l]ess funding for the police makes this situation worse, not better.”

This problem is compounded in cities such as Chicago, where the Trump Administration has offered to help fight the epidemic of criminal violence and has been rebuffed by liberal elected leaders. And it’s because of this that black Americans are becoming more interested in exercising their Second Amendment right to keep and bear arms.

When politicians fail black communities and seek to defund the police, as they are doing today, gun rights are “the first (and sometimes only) line of defense for black families against the epidemic of violence in their own neighborhoods committed overwhelming by people who look like them,” remarks Horace.

To read all of Horace’s commentary – “How Trump’s Law and Order Agenda is Making Black America Safer Again” – at the Daily Signal website, click here.

The Daily Signal is the news website of The Heritage Foundation.