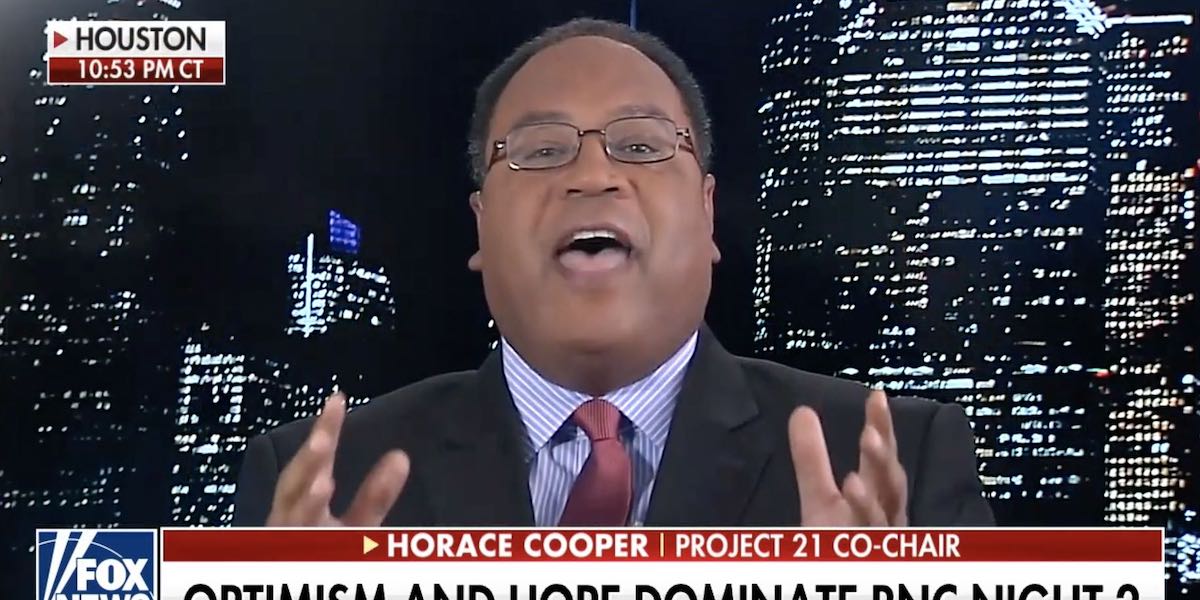 A July poll by Rasmussen Reports found that President Donald Trump had a 36% job approval rating among black Americans.

While that’s below his overall approval rating, it is an unexpected showing if one is to believe liberal politicians and the media when they say the president is reviled in minority communities.

But it’s not a surprise to Project 21 Co-Chairman Horace Cooper.

In an appearance on the Fox News Channel program “The Ingraham Angle,” asked about the liberal/media narrative that the president and his policies only appeal to white Americans, Horace pointed out that Trump initiatives are directly benefiting black Americans, and should therefore be expected to raise the president’s standing with them:

In a nation of more than 300 million people, it’s easy to get millions of excited people who happen to be black.

And having the support of more than a third of black America should not be considered a ceiling. Taking into account pre-pandemic job creation, the promotion of educational options, criminal justice reforms and attention to other kitchen-table issues in black neighborhoods, Horace said that black support should be expected to rise as people learn of or begin to experience the results of the White House’s free-market, regulatory relief agenda:

Project 21 offers its own set of policy recommendations – the “Blueprint for a Better Deal for Black America” – that was personally presented to Vice President Mike Pence by Horace as well as discussed with several members of the White House staff.