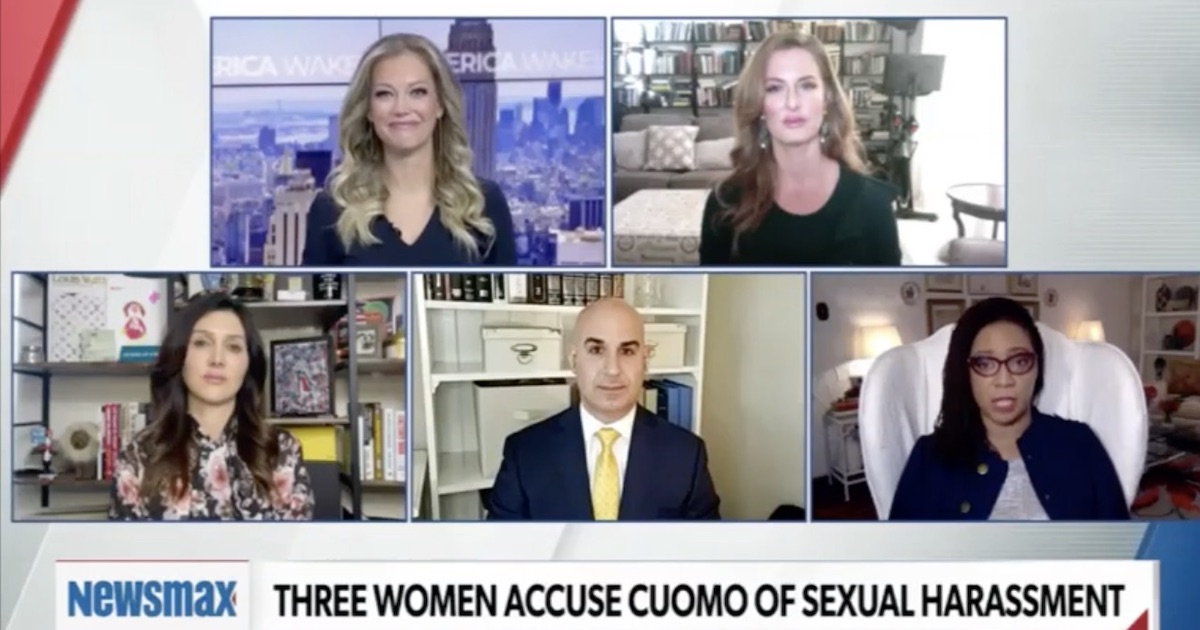 New York Governor Andrew Cuomo is twisting in the wind as more women come forward with stories about his alleged sexual harassment. But this crisis obscures something much more sinister: his policy decisions that undoubtedly cost lives.

As of March 7, there were five women accusing Cuomo of inappropriate touching and comments. This would exceed the limit that one political ally set for making it “time to resign.” Regardless of whether he leaves office of his own volition, Cuomo is also being investigated by New York Attorney General Leticia James about the allegations.

As part of a panel discussion on the Newsmax television program “Wake Up America,” Project 21 Co-Chairman Stacy Washington was asked to comment on Cuomo’s press conference statements, in which he apologized for his actions and said he “did not intend” to cause any harm to his female accusers.

Drawing from what she’s told her own children, Stacy said:

This, for me, is so simple… Keep your hands and lips and feet to yousel[f].

She noted that in an apparent act of political obfuscation, the media circus over the sexual harassment claims is overshadowing Cuomo’s involvement in the deadly decision to send elderly patients with COVID back into nursing homes, as well as the cover-up of the related spike in deaths among these patients:

He’d rather be talking about hugging and kissing people against their will than killing grandmas and grandpas – and that’s why he’s taking so much time to give these non-apology apologies.

As more facts become known, Cuomo’s fate may be sealed. But, Stacy warned, his fall from grace for either or both of these scandals may have created cover for other governors who acted with similar disregard for at-risk elderly citizens:

There are other… governors who have done the same thing that Cuomo did. They sent sick patients who were elderly back to nursing homes, and significant numbers of people died. So it Cuomo is the one that they sacrifice on the barbie, the other governors get off scot-free. And that’s the real story here.