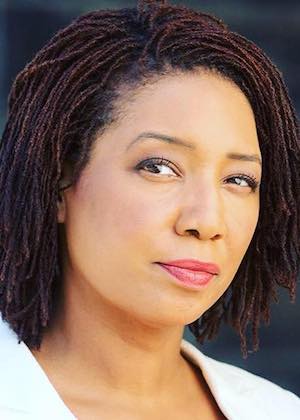 Stacy Washington, co-chair of the Project 21 National Advisory Board, is a wife and mom of three fantastic kids.  She is an Emmy-nominated TV personality and an Air Force veteran.  She hosts the nationally syndicated radio program “Stacy on the Right,” which is available at listen.stacyontheright.com.

Stacy has appeared on Fox News, Fox Business, CNN, The Blaze, PBS, RT TV, Al Jazeera, the BBC and a host of network TV stations, and has given over 2,500 radio interviews on terrestrial radio stations.  She contributes to Fox News Opinion, NRA America’s First Freedom Magazine and Townhall.com, and has written for the Missouri Times, St. Louis Post Dispatch, The Daily Caller,  Newsbusters, The Federalist, FreedomWorks, Townhall Magazine, The Sentinel Source, Payson Roundup, Independent Tribune, East Bay Times, On the Culture, Conservative Daily News,  Big Journalism, Family Events, The Beacon and many other publications — both online and print.

A passionate defender of gun rights, Stacy was named the 2nd Amendment Foundation Journalist of the Year in 2018 and was on the cover of the July 2017 issue of NRA’s America’s First Freedom magazine.

The daughter of an Army police officer and budget analyst, Stacy spent the majority of her childhood growing up in Germany. Stacy has traveled to Saudi Arabia, Russia, Spain, Switzerland, Austria, France, England, and the Netherlands.

The Progressive War on Truth Claims Another Victim (July 2014)