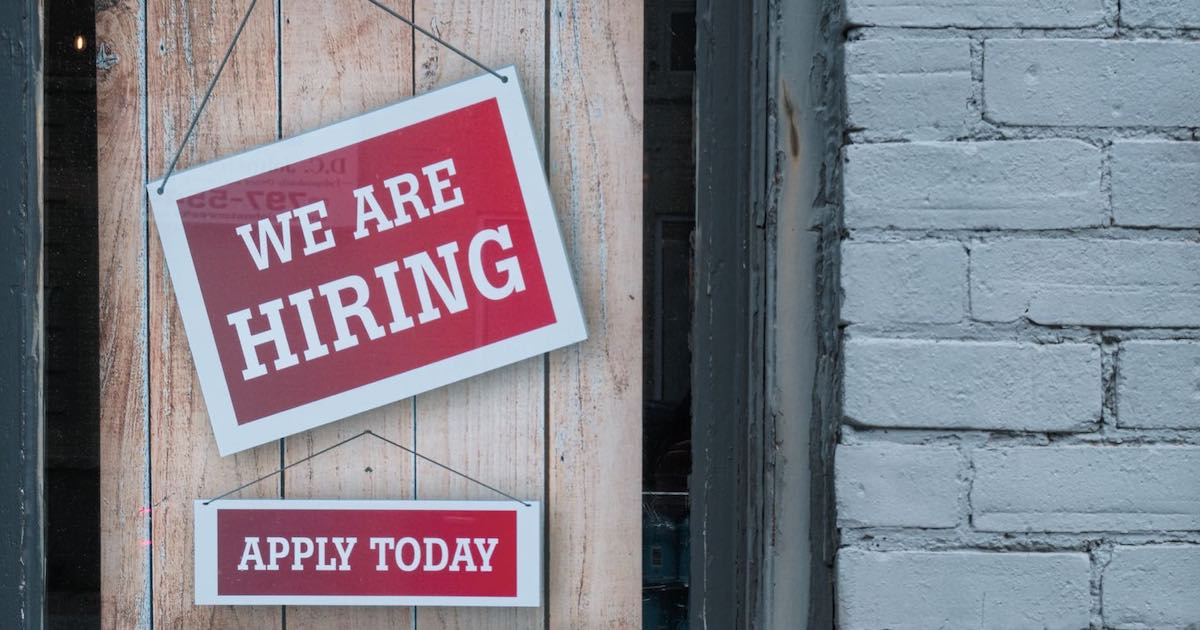 While the unemployment rate officially fell during the month of March, any kind of celebration would likely be “shortsighted.”

That’s the analysis of a report by Barron’s that cited last month’s jobless numbers announced by the U.S. Bureau of Labor Statistics as the smallest gain in over six months and “shy of expectations.”

“There are signs that demands for labor is slowing,” and Barron’s pointed out that any expectation of people returning to the workforce now that the COVID-19 pandemic is over and inflationary fears are rising “isn’t playing out that way.”

Michael offered this read of the jobs report and other perilous economic indicators:

Can the American job market outpace economic headwinds created by the Biden’s Administration’s anti-business and anti-growth policies? Job growth is nearly 60,000 jobs short of expectations, and wages are still chasing inflation. The American economy may lose the race.

Even though the overall unemployment rate fell to 3.6%, the more extensive U-6 alternative measure – which includes discouraged workers and those trapped in part-time situations – remained high at 6.9%. The workforce participation rate, at 62.4%, is still one point below what it was before the massive jobs losses due to the pandemic. And while wages rose, they are still below the rate of inflation – a 5.6% to 7.9% gulf.

Michael suggested this portends tough times ahead, in part because the Biden Administration doesn’t seem to grasp the inherent peril:

This “good news but…” jobs report is a signal the federal government is hurting economic growth instead of spurring it.

The bottom line is we are experiencing high inflation, the war in Ukraine, supply problems, White House animosity toward businesses and rising interest rates from the Federal Reserve. Now we can add slower job hiring? That’s a lot for the American economy to handle.

Michael’s concerns were echoed by Project 21 member Derryck Green, who has commented on jobs data for the National Center’s black conservative network since the Obama Administration:

Despite around 430,000 jobs being created in March, more than 11 million jobs continue to remain open.

As it has for some time now, inflation continues to function as a tax. This means Americans are spending much more for goods and services this year. The Associated Press said that core inflation – excluding the costs for food and energy – increased 5.4% in February from the previous year. And Bloomberg reported that, as a result of prolonged inflation, the average household in the U.S. will spend more than $5000 for goods and services this year compared to last year.

“As inflation continues to overshadow wage gains, the Biden Administration is content with doubling-down on blaming Putin for inflation,” Derryck noted. “In reality, Biden refuses to take responsibility for his policies being the contributing factors for inflationary costs. One such policy is his ban on new leases for oil and gas drilling, stifling domestic production that has caused gas prices to soar while he blames gas and oil companies for our woes. His answer is for Americans to buy an electric vehicle, the average cost of which exceeds $55,000.”

With wages not keeping pace with inflation, the Barron’s analysis warned that savings since the pandemic could be “gone within months” if prices continue to rise. Donna Jackson, Project 21’s director of membership development, said:

The biggest news wasn’t the jobs added back after being lost through the lockdowns, but rather the pay cut every American just received thanks to inflation.

We’re now paying the highest prices for food, shelter and energy in history. Making choices between keeping your lights on or going to bed hungry shouldn’t be something families have to worry about in this modern age. But thanks to Biden’s inflation, we’re experiencing the biggest decline in our standard of living in our lifetimes.

One of the worst aspects of March’s jobs report was for black teens, whose unemployment rate shot up over five points in one month.

With this sort of statistic in mind, Project 21 member J. Philip Clay – an investment specialist – said that White House bragging is misplaced:

President Biden touts that there has never been a better time to get a job in American history, but the fact remains that dramatic increases in available jobs contribute to inflation. Higher payrolls and operating costs lead to higher prices on products and services. This comes at a time when the average American struggles, paying the highest prices in 40 years. And these job creation boasts come on the heels of an economic rebound from a COVID-related 22 million-jobs loss.

These claims can be mislabeled as “historic” to take away from the fact that many Americans struggle to afford their groceries, their gas and what will be a higher cost of living if things continue. These conversations we would not have had with the previous administration. The U.S. Department of Agriculture has reported that the price of food overall has gone up 7.9% from just last month and will continue to climb.