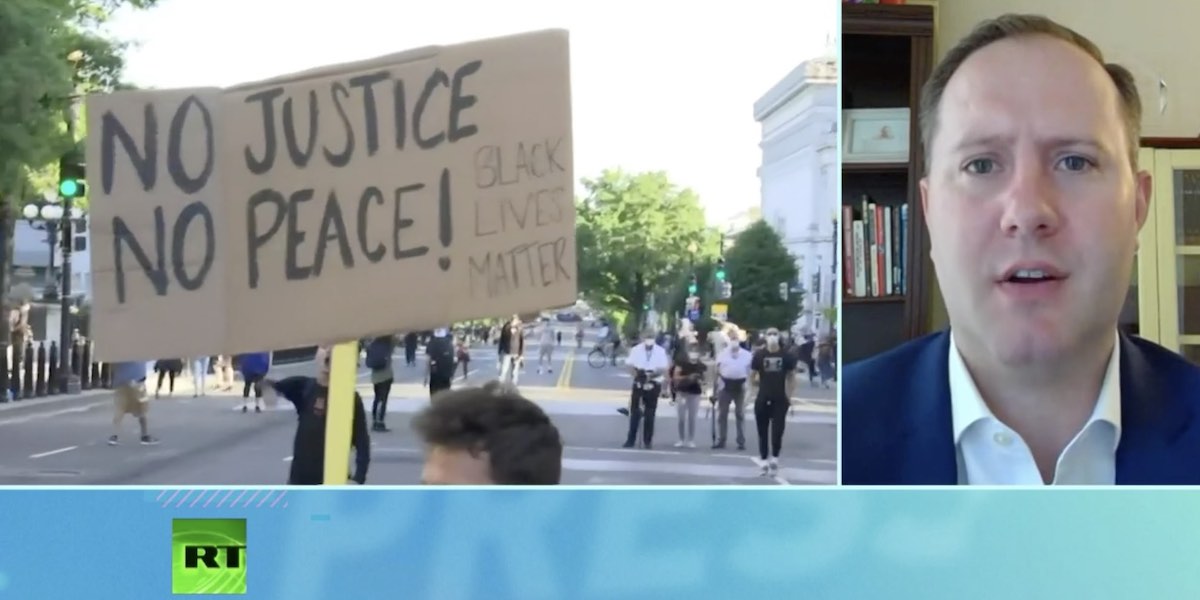 When the riots began in Minneapolis, MSNBC’s Ali Velshi became a legend in fake news by reporting – to Brian Williams, no less – that activity on the streets was “not, generally speaking, unruly.” He said it while standing in front of a building engulfed in flames and acknowledging that the police were not in control of the streets.

Justin urged viewers who are disgusted by fake news of this sort – and by companies that take part in destructive politics in general – to “engage with bad corporate actors to change their behavior.” He already does that on a regular basis, but lamented that “so many companies are so bad in the culture wars here in the United States.”

He needs help. He needs an army. And it’s a cause that almost any conservative can join. Owning a single share of stock is all it takes to start.

Justin was invited on “Eat the Press” to talk about his shareholder activism at the recent Comcast shareholder meeting. Comcast owns NBC. Commenting on the need to challenge the network and its parent company, Justin said that “their bias and their fake news really does a tremendous amount of harm to our body politic and our public discourse.”

Regarding the Black Lives Matter unrest that has caused so much mayhem, he remarked:

And, so, as a shareholder of Comcast, we went to their virtual shareholder meeting this year. And I asked [CEO] Brian Roberts some very specific questions.

At the meeting, which was conducted through an internet platform, and where Justin had to submit his question and risk it being vetted and possibly ignored, he boldly and successfully asked if Comcast’s board of directors supported Antifa, or if it was just the MSNBC on-air lineup.

A dumbfounded Roberts gave a nearly incoherent reply: “By and large, I think the coverage continues to inform and educate our society… But thank you for your comment, and we will continue to strive to inform the American public.”

As Malzberg noted, that was “not a very good answer.”

So, in front of a company’s leaders, employees and investors, one shareholder made an incredible impact by calling out the CEO – like David against Goliath, or pointing out that the emperor has no clothes.

While this was a victory for FEP, the free market and conservatives, it’s something that must be done on a much more robust scale. FEP could certainly use donations to expand, but Justin noted that it is also something people can learn from FEP and do independently.

This means conservatives cannot retreat from the debate:

The inclination for folks when companies are bad actors – whether it’s the media or whether it’s Nike… ripping down a Betsy Ross shoe – is to distance from that company.

But that is the wrong approach. When you see a bad corporate actor, and there are so many in the cultural lane in corporate America that are bad actors, engage with them!

Get in their face and ask questions. Roberts couldn’t even defend his own company because these people never get asked tough questions. But, as an investor, you have a right to question these corporations. And that’s what I recommend folks do.

To see more of FEP’s advocacy in action, click here.