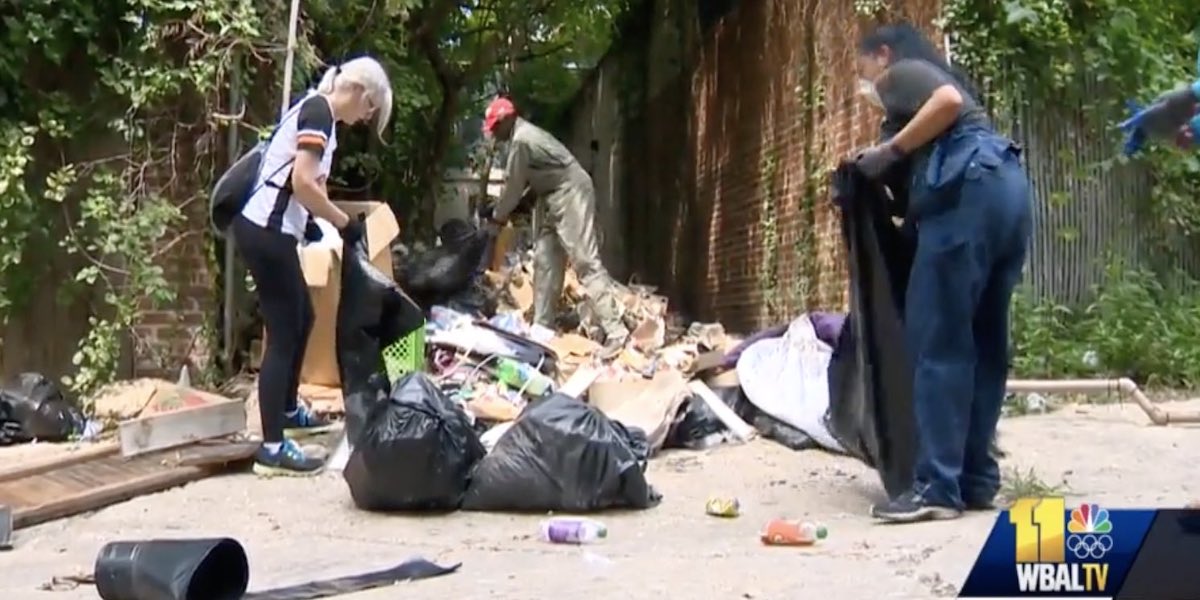 ConservativeBlog.org
Posted at 15:38h in Blog, Project 21 by David Almasi As Project 21 waits to hear back from city leaders about their thoughts on the black leadership network’s “Blueprint for a Better Deal for Black America” and how it might be useful in cleaning up Baltimore, one Project 21 member was actually on the streets of Charm City helping to get rid of tons of trash.

Project 21 member Marie Fischer was joined by hundreds of people from across the region who came together to haul trash out of the Easterwood neighborhood of Baltimore – near Coppin State University and Mondawmin Mall. It’s estimated that over 12 tons of trash was removed over 12 hours on August 5 (with temperatures in the 90s).

Nearly 300 volunteers removed a toilet, chairs, tables and spare tires, among other things, from piles of trash in a west Baltimore alley. The volunteers completely cleared out what was an impassable alley, making a real difference and a real dent in the condition of the neighborhood. The clean-up was organized by conservative activist Scott Presler, who lives in Virginia. Presler put together the self-funded crew comprised largely of supporters of President Donald Trump as a way to show the communities targeted by the President’s recent tweets that conservatives want to help. Marie met Presler when they both appeared on the One America News Network to discuss the conditions in Baltimore and the need for new ideas and involvement.

I’m a big Trump supporter, but I wanted people to know that’s not the reason we’re coming here today. This is not a pro-Trump rally, and this is not an anti-Representative Cummings rally. This is truly the community coming together.

Presler reported that the city was uncooperative with the permitting, but the dumpsters and portable toilets came anyway. And Bella Fishman, one of the volunteers, promised they would be back again next month. She also said they forged relationships with community business leaders and the local recreational center to further help out some of the underprivileged children in the community who “just want some love.”

And Presler gave a shout-out to Marie and Project 21, noting how “Marie cares about her community so much.”