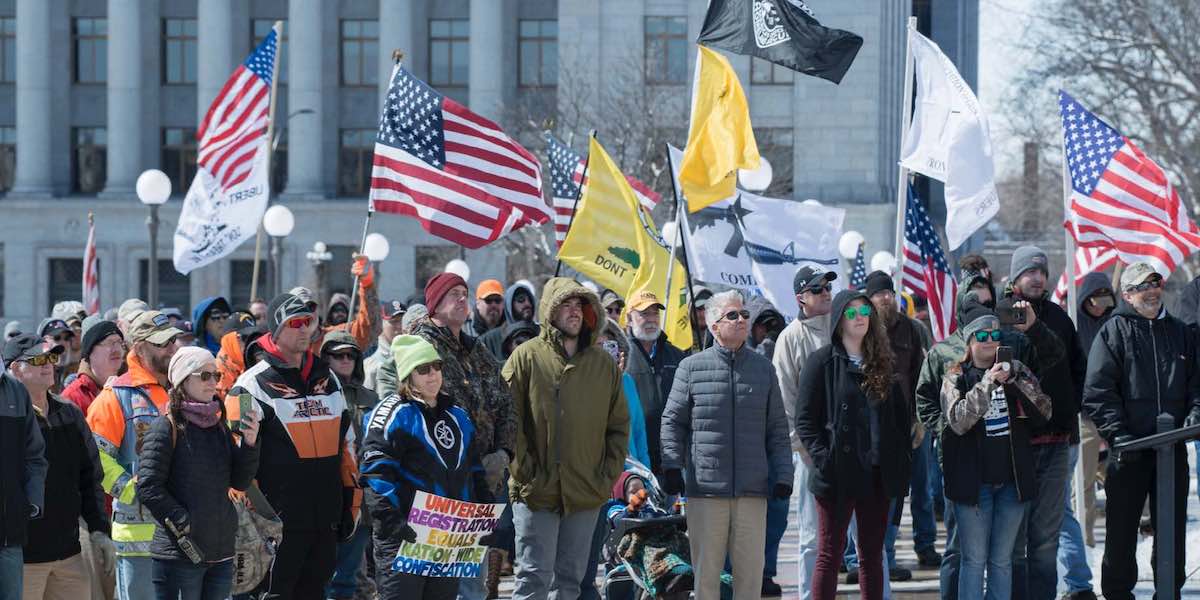 As the nation becomes more politically polarized, corporations are making the surprising choice to take sides. And, predictably, politics is having an impact on their bottom lines.

In a Wall Street Journal report on this very troubling business model, reporters Suzanne Kapner and Dante Chinni highlight “a new, more partisan American consumer culture, one where the red/blue divisions that have come to define national politics have drifted into the world of shopping malls and online stores.” And in that article, Justin Danhof, Esq. – the director of the National Center’s Free Enterprise Project – talks about how he is trying to help corporations find a way out.

“We want them to get out of the culture wars,” Justin tells the Journal.

This can be tough when CEOs such as Levi’s Chip Bergh and Apple’s Tim Cook – when confronted about the prospect of alienating approximately half of their consumer base by doing things like speaking out against guns or promoting special rights for certain people – have told conscientious investors to sell their shares.

But this sober advice from those with a fiduciary interest in the company is right:

According to the Journal, nearly 60 percent of 1,000 Americans surveyed by [the public relations firm] Edelman last year said they would choose, switch, avoid or boycott a brand based on its stand on societal issues. That is up from 47 percent in 2017.

While virtue signaling may attract some customers to a company – which is what executives claim – it’s also going to turn off a lot of existing and potential ones.

This notion is supported by a Journal analysis of consumer surveys that found that Levi’s, which has taken a prominent position against gun ownership, has lost market share among Republican voters. According to the report, Republican purchases of rival Wrangler jeans rose by 13 percent over the past 15 years. Among Democrats, Levi’s only increased three percent.

Furthermore, at the Levi’s shareholder meeting earlier this year, FEP presented its own polling that found that an overall 89 percent total favorability rating for Levi’s, Dockers and Denizen clothing fell to 63 percent after those surveyed learned of Levi’s involvement in anti-Second Amendment activism. After learning about Levi’s opposition to gun rights and its participation in and funding of anti-gun activism, 63 percent of overall respondents added that they were less likely to purchase Levi’s products.

The Journal article also notes how FEP recently took on Proctor & Gamble for its risky activism:

Proctor & Gamble Co. created an uproar this year with Gillette ads that questioned “toxic masculinity” and featured a transgender man learning to shave from his father.

P&G CEO David Taylor defended the ads at the company’s shareholder meeting in October when challenged by Justin Danhof, general counsel of the National Center for Public Policy Research, a conservative think tank that says it aims to preserve personal liberties. “How do you intend to win back the consumer base you have spent the better part of the year offending?” Mr. Danhof said.

While Taylor tried to explain that some consumers now “expect a brand to take a stand,” it has been reported that the Gillette brand has lost billions in the wake of that ad campaign.

Similarly, the CEO of Dick’s Sporting Goods – who was questioned by FEP after the retailer began restricting gun sales and advocating against Second Amendment protections – admitted the company had lost around a quarter of a million dollars due to its advocacy.

Unilever CEO Alan Jope told the Journal that he “profoundly believe[s]” that finding a “mushy middle ground” is “not how the world is anymore.” Perhaps, after looking at the facts and the trends, he might come to realize the wisdom of a popular slogan that consumers with traditional and conservative values are using these days: “Get woke, go broke.”